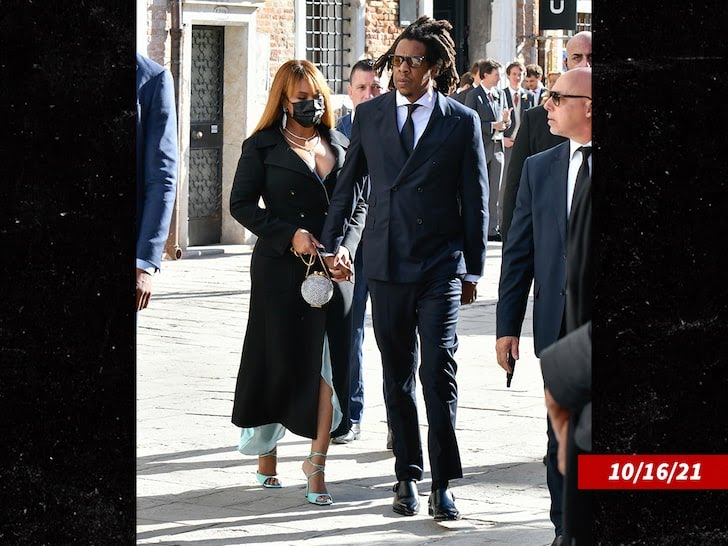 Venice, Italy was a star-studded spot on Saturday evening as some of the biggest names in the industry arrived to celebrate the wedding of Geraldine Guiotte (founder of D’Estree) and Alexander Arnault (EVP at Tiffany & Co). Beyoncé and Jay-Z were in attendance at the luxurious celebration, and Kanye West provided some musical entertainment for the evening.

TMZ reports that the father of four wore an all-black Balenciaga outfit, complete with a bulky black mask that covered his entire face. Ye performed two of the biggest hits from his massive discography – “Runaway” and “Flashing Lights.”

It appears that the 44-year-old may have had some trouble performing at his usual standard because of the mask, but when you’re a fashion mogul, sometimes you’ve got to take risks. Fashion over function, right?

Arnault and Guiotte have been together since 2019 and actually hosted a first wedding reception back in July, but seeing as they come from massive wealth, it was no trouble for them to plan a second ceremony for October, and invite some of their superstar friends.

It’s unclear if Jay-Z and West had the opportunity to catch up while at the event. The pair have had a rocky relationship since the latter began publicly supporting former President Donald Trump, but at least now we know that they can stand to be in the same venue as one another.

The Yeezy creator has been staying booked and busy as of late. Not only did he release what some have called the “album of the year” just a few months ago, but he was also spotted grabbing lunch with Vogue editor-in-chief Anna Wintour while in New York for his wife’s stint on Saturday Night Live.

See footage of Kanye West performing at the luxury heir’s wedding below.