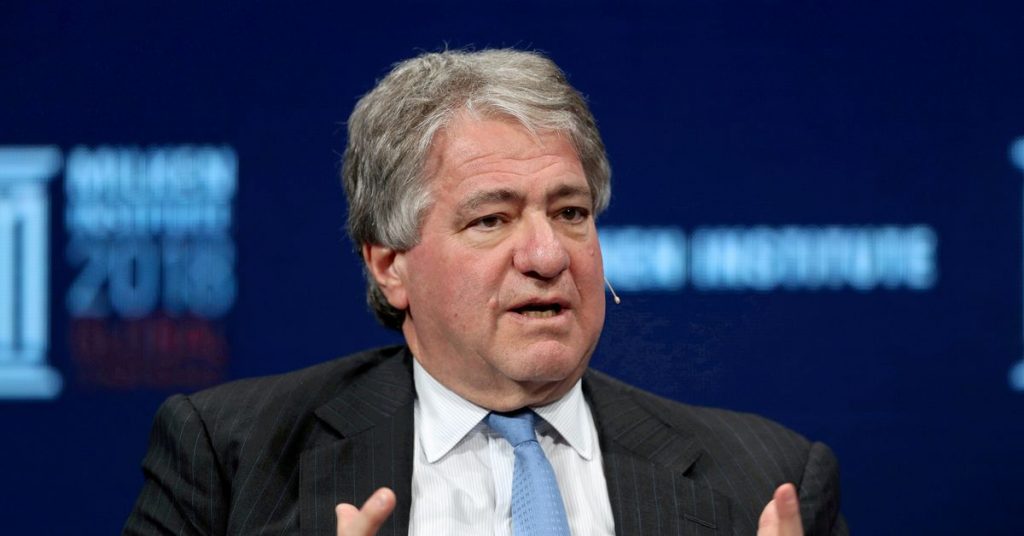 NEW YORK, Oct 28 (Reuters) – Billionaire investor Leon Black has escalated his battle against a former model who accused him of rape, filing a lawsuit on Thursday accusing her and her law firm of defamation and racketeering conspiracy.

In the complaint, lawyers for the former Apollo Global Management Inc (APO.N) chief executive accused Guzel Ganieva and the Wigdor law firm of engaging in a “criminal enterprise,” including by falsely linking Black to the late sex offender Jeffrey Epstein.

“Knowing that to him, and in his world, reputation matters, they set about to destroy him and make him pay anything to make them stop,” the complaint filed in Manhattan federal court said. “They are planning to line their own pockets with the results.”

Ganieva sued Black in a New York state court in June, accusing him of rape and other abuse, forcing her to sign a 2015 nondisclosure agreement about their 6-1/2-year relationship, and defaming her by claiming she tried to extort him.

“This is an obvious act of retaliation,” Ganieva’s lawyer Jeanne Christensen said in an email about Thursday’s lawsuit. “We look forward to defending ourselves against these ludicrous allegations.”

Black, 70, has forcefully denied the claims of Ganieva, with whom he had what he now calls a “regrettable” consensual relationship from 2008 to 2014.

Those claims included that Black tried to arrange for Ganieva, now in her late 30s, to have sex with Epstein in 2008.

Black has said he paid Ganieva $100,000 a month for several years not to discuss their relationship after she tried to extort him of $100 million. Those payments stopped after Ganieva tweeted about Black in March.

In the state case, Black countersued Ganieva for defamation but dropped that claim, with his lawyer saying he wanted to focus on his defense.

“There is really no reason Mr. Black should be defending himself,” Estrich, who said she has known Black since they studied at Dartmouth College in the 1970s, said in an interview. “Private consensual adult conduct is not the law’s business. Extortion and defamation are the business of the law.”

Black has publicly regretted his involvement with Epstein, who killed himself in a Manhattan jail in August 2019 while awaiting trial on sex trafficking charges.

Earlier this year, Black stepped down from Apollo after an outside independent review found he had paid Epstein $158 million for tax and estate planning, though was not involved in Epstein’s criminal activities.