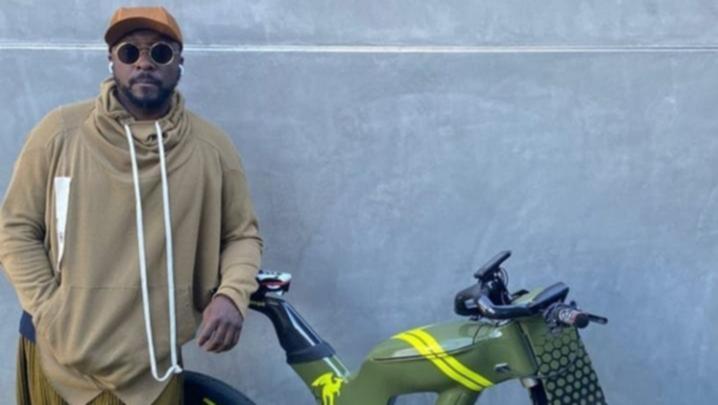 Music megastar Will.i.am has just given a small WA business a major boost, flaunting a Perth-made e-bike to his huge social media following.

The Black Eyed Peas sensation shared a video to his 1.4 million Instagram followers of him riding around Los Angeles on the electric bicycle created by WA-based Ryuger Rides.

That was followed by a photo of Will.i.am posed with the e-bike in a colour coordinated outfit.

The musician — known for hit songs Pump It Harder, Imma Be and Meet Me Halfway — raved about how much he was enjoying the electric two-wheeler online.

Ryuger Rides launched during the pandemic out of a Perth backyard as the owner looked to try something different.

A company spokesman told how he received a direct message from Will.i.am over Instagram expressing interest in the e-bike, but almost didn’t respond as they thought it might be a scam.

“I get a DM from this cool looking guy saying he liked my E Bikes. Initially I thought this guy looked like Will.i.am from black eyed Peas (but thought) nah no way, someone is impersonating him and trying to scam me,” he said in an Instagram post.

“Several weeks later I get another message… but I noticed his IG (Instagram) profile had a blue tick, so I clicked on it.”

The spokesman said he received a video of Will.i.am asking about the motor specifications.

“We did a one on one Zoom…I couldn’t believe how down to earth he was,” he said.

“For all his achievements, the people he has met. Damn! He worked with the President of the United States. For all his success, he treated me as an equal.”

He said he then received a surprise call from fellow Black Eyed Peas member Taboo who was also interested in the e-bike.

“I am thinking man! You got more chance of winning lotto for what just happened,” he said.