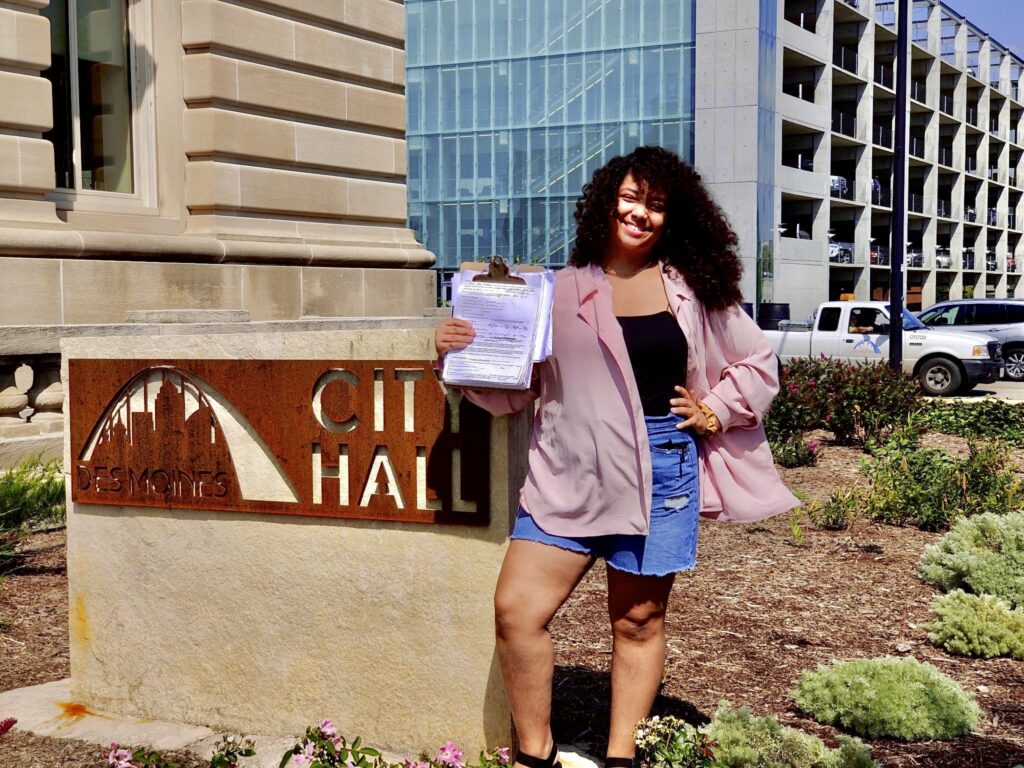 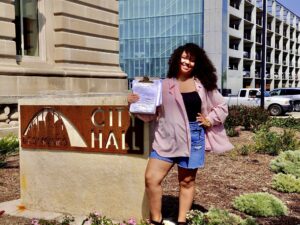 seatIndira Sheumaker defeated Ward 1 incumbent Bill Gray, gaining 46% of the vote. With no prior political experience, Sheumaker’s platform championed decriminalizing marijuana and defunding the police in Iowa’s capital city, which is increasingly becoming a Republican-controlled state.

“We’d been talked down to a lot by people saying, ‘You can’t win on defund’ — we said let’s see if that’s true,” Sheumaker said, according to NBC News. “We won on defund because people were inspired by our message, they wanted somebody who wasn’t afraid and we didn’t win saying we want to make Des Moines less safe, we ran saying we wanted to make Des Moines more safe, and that is the message of defund.”

Gray served on the Des Moines City Council since 2014 and ran unopposed in 2017. He gained just 36% of the vote Tuesday.

Sheumaker became interested in politics when she and a few friends attended a city council meeting last year via Zoom to push for an ordinance banning racial profiling by the police department. Sheumaker soon became a regular at the meetings and local protests, working with the Des Moines Black Liberation Movement (DMBLM).

The activist formed a small coalition with the help of the DMBLM and focused on performing outreach and turnout in Des Moines neighborhoods where residents typically don’t show up for elections. According to local reports, she also gained voters by translating campaign literature in Spanish, Bosnian, Vietnamese, Burmese, and Thai.

“I didn’t look for big donors, didn’t look for donations from developers, landlords — and I didn’t get any,” Sheumaker said. “It was very much a campaign for the people.”