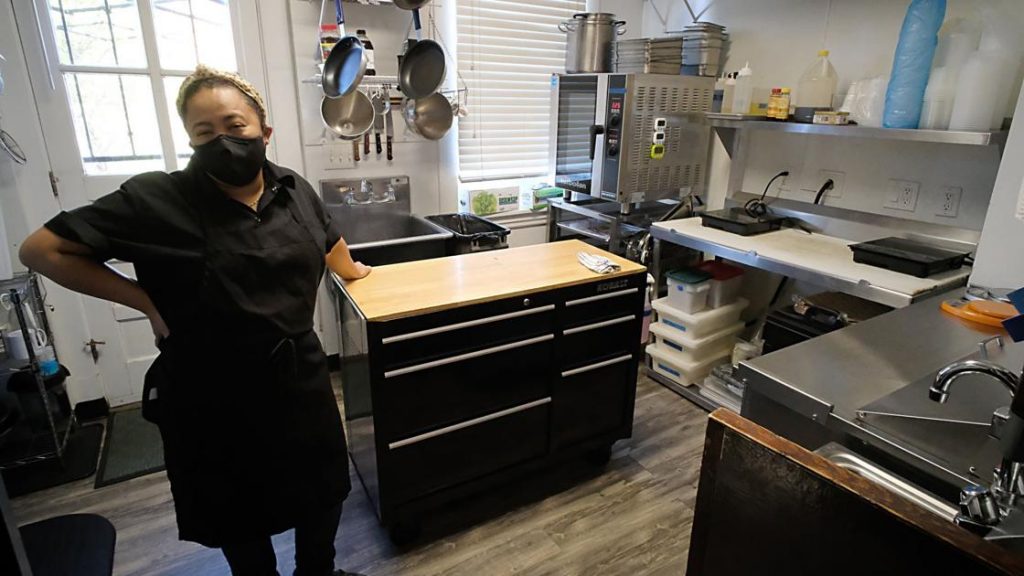 “We know that Black-owned employers are concentrated in about five industries, and that includes accommodations and food service,” said Toria Edmonds-Howell, community engagement manager for Capital One’s 1717 Innovation Center.

During the pandemic “we saw the job losses within the industry and really thought there was an opportunity to leverage the skill sets at Capital One,” she said.

The accelerator, which runs through the first week of November, gives participating restaurants access to a network of mentors, business workshops, and help from small teams of Capital One associates to help them tackle business challenges.

Several of the local businesses in the Capital One program said they were able to get PPP or other loans during the pandemic, though some were not successful or were ineligible because they had not been in business long enough before the pandemic began.