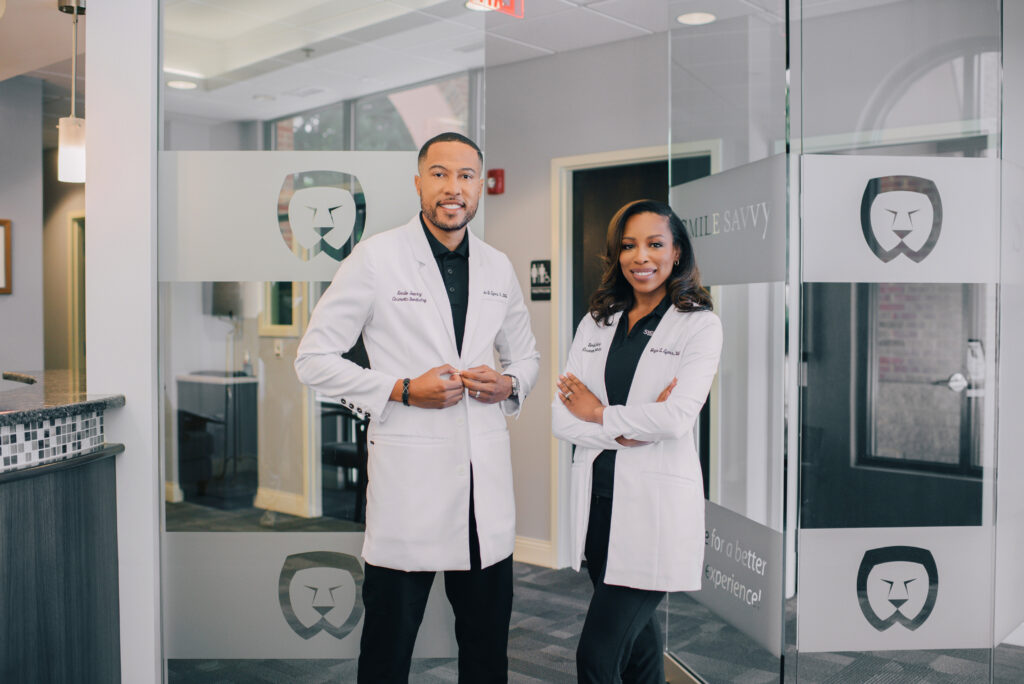 The Charlotte Hornets have announced a partnership with Smile Savvy Cosmetic Dentistry, a Black-owned cosmetic dentistry practice specializing in veneers.

The deal makes Smile Savvy the first and only Black-owned dental partner and one of the few Black-owned companies to have a partnership deal with the NBA. Smile Savvy is owned by Black doctors and married couple Drs. Drew and Joya Lyons.

As part of the deal, Smile Savvy will present a digital content series called The Smile Savvy Watch. The series will feature candid photos of Hornets players, coaches and staff smiling. Smile Savvy and the Hornets will also hold a sweepstakes in which the winners will receive a “Date Night” package including premium tickets to a Hornets game, food and drinks in the Crown Club and a behind the scenes pregame experience.

Smile Savvy will also have branding on the team’s birthday announcements that run on the scoreboard during each Hornets home game. The Black-owned dental company will also sponsor the “Smile Cam” feature during home games.

“We are proud to enter this partnership with Drs. Drew and Joya Lyons and their Charlotte-based, Black-owned business, Smile Savvy Cosmetic Dentistry,” Hornets President & Vice Chairman Fred Whitfield said in a statement.  “We look forward to bringing them into our Hornets family and teaming with them to help share healthy smiles.”

In an ironic twist, the news comes less than a month after 18 former NBA players were arrested and charged for a $4 million insurance fraud scam.

According to an indictment unsealed in the Southern District in New York on Thursday, nearly two dozen former NBA players were charged for their alleged involvement in a $4 million health insurance fraud scheme in which the former players sent in fake invoices for dental work.

Among the list of former players involved in the scam include 2009 NBA Draft pick Terrence Williams, former NBA champions Tony Allen, Glen “Big Baby” Davis, Shannon Brown, and Sebastian Telfair, whose claims showed he had received root canals on 17 teeth in a year.

Williams is accused of being a ringleader in the scam and orchestrating the plan by recruiting other participants to join and providing fake invoices to support their phony insurance claims. Williams is also accused of drafting fake medical letters and impersonating a plan claim processor.