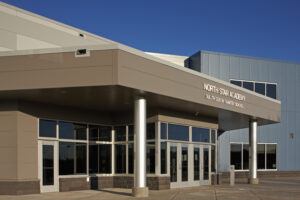 Four Minnesota parents got some renewed support last month in the lawsuit they filed against the school system that claims their elementary and middle school-aged children were spit on, bitten, and subjected to racial slurs as early as kindergarten.

According to NBC News, the parents claimed that in 2017, a white student at North Star threatened to stab a Black kindergartner in the eye with a screwdriver.

Gilbert said his biracial daughter suffered physical abuse at the hands of white students on a regular basis, including one afterschool incident in which she was punched on the bus ride home. He says his requests for action or even a meeting with faculty were denied.

The lawsuit by the four parents also claims the kids were often called the n-word, referred to as monkeys or told they look like “what’s inside a toilet.”

“There’s been a lot of frustrated families in the Duluth Edison community,” said Rebekah Bailey, one of the attorneys representing the parents. “The families in this case, all they really ever wanted is for their children to be treated fairly at school. They fought long and hard to remedy their individual situations as best they could through the system. This case was only filed when they exhausted those opportunities.”

In August, DECS requested that the case be dismissed. Tim Sullivan, the attorney representing the school system, told NBC that the facts presented by the parents weren’t enough to demonstrate a “factual or legal basis” for the lawsuit.

After a judged denied Sullivan’s request, at least 12 nonprofit organizations, including the American Civil Liberties Union of Minnesota and the National Women’s Law Center, filed an amicus brief on behalf of the children. If the judge accepts the brief, it will allow the organizations to offer their expertise as part of the court proceedings.