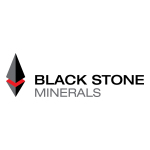 Thomas L. Carter, Jr., Black Stone Minerals’ Chief Executive Officer and Chairman commented, “Black Stone continues to benefit from the strong recovery in commodity prices and from incremental producer activity across the acreage position. We are seeing positive early results from operators in the East Texas Haynesville/Bossier and Austin Chalk, and we continue to focus on attracting capital to other high-net acreage in our portfolio. We posted another solid quarter with production levels well above our revised guidance, which contributed to our ability to raise our distribution for the third quarter by 25% over our previous expectations. With our very strong balance sheet position, we intend to continue to prioritize returning cash flow to our unitholders.”

Working interest production for the third quarter of 2021 was 5.1 MBoe/d, representing a decrease of 11% from the levels generated in the quarter ended June 30, 2021 and a decrease of 26% from the quarter ended September 30, 2020. The continued decline in working interest volumes is consistent with the Company’s decision to farm out its working-interest participation to third-party capital providers.

The Company reported a loss on commodity derivative instruments of $77.6 million for the third quarter of 2021, composed of a $34.1 million loss from realized settlements and a non-cash $43.5 million unrealized loss due to the change in value of Black Stone’s derivative positions during the quarter. Black Stone reported losses of $59.5 million and $21.1 million on commodity derivative instruments for the quarters ended June 30, 2021 and September 30, 2020, respectively.

Lease bonus and other income was $2.3 million for the third quarter of 2021, primarily related to leasing activity in the Haynesville Shale play and proceeds from surface use waivers on Black Stone’s mineral acreage supporting solar development. Lease bonus and other income for the quarters ended June 30, 2021 and September 30, 2020 was $7.5 million and $1.4 million, respectively.

Subsequent to quarter-end, Black Stone’s borrowing base was reaffirmed at $400 million. Black Stone is in compliance with all financial covenants associated with its credit facility.

During the third quarter of 2021, the Company made no repurchases of units under the Board-approved $75 million unit repurchase program.

Black Stone has entered into agreements with multiple operators to drill wells in the areas of the Austin Chalk in East Texas where the Company has significant acreage positions. Recent drilling results have shown that advances in fracturing and other completion techniques can dramatically improve well performance in existing Austin Chalk fields. One well has been drilled and turned to sales and five additional wells are currently being drilled under these agreements.

The Company now expects total production for 2021 to be at or near the high end of its previously revised guidance range of 34.5 to 37.0 MBoe/d. The Company expects lease operating expenses and production costs as a percentage of oil and gas revenues to be at the low end of the revised guidance ranges of $10-$12 million and 10%-12%, respectively. Black Stone expects cash and non-cash G&A to be slightly above the revised guidance ranges of $33-$34 million and $10-$12 million, respectively, due primarily to the outperformance of 2021 financial and operating results to date relative to targets.

Black Stone has commodity derivative contracts in place covering portions of its anticipated production for 2021, 2022, and 2023. The Company’s hedge position as of October 29, 2021 is summarized in the following tables:

More detailed information about the Company’s existing hedging program can be found in the Quarterly Report on Form 10-Q for the third quarter of 2021, which is expected to be filed on or around November 2, 2021.

Black Stone Minerals will host a conference call and webcast for investors and analysts to discuss its results for the third quarter of 2021 on Tuesday, November 2, 2021 at 9:00 a.m. Central Time. Black Stone recommends participants who do not anticipate asking questions to listen to the call via the live broadcast available at http://investor.blackstoneminerals.com. Analysts and investors who wish to ask questions should dial (877) 447-4732 and use conference code 4659348. A recording of the conference call will be available on Black Stone’s website through December 2, 2021.

Black Stone Minerals is one of the largest owners of oil and natural gas mineral interests in the United States. The Company owns mineral interests and royalty interests in 41 states in the continental United States. Black Stone believes its large, diversified asset base and long-lived, non-cost-bearing mineral and royalty interests provide for stable to growing production and reserves over time, allowing the majority of generated cash flow to be distributed to unitholders.

The following table shows the Company’s production, revenues, pricing, and expenses for the periods presented:

Adjusted EBITDA and Distributable cash flow are supplemental non-GAAP financial measures used by Black Stone’s management and external users of the Company’s financial statements such as investors, research analysts, and others, to assess the financial performance of its assets and our ability to sustain distributions over the long term without regard to financing methods, capital structure, or historical cost basis.

Adjusted EBITDA and Distributable cash flow should not be considered an alternative to, or more meaningful than, net income (loss), income (loss) from operations, cash flows from operating activities, or any other measure of financial performance presented in accordance with generally accepted accounting principles (“GAAP”) in the United States as measures of the Company’s financial performance.

Adjusted EBITDA and Distributable cash flow have important limitations as analytical tools because they exclude some but not all items that affect net income (loss), the most directly comparable U.S. GAAP financial measure. The Company’s computation of Adjusted EBITDA and Distributable cash flow may differ from computations of similarly titled measures of other companies.