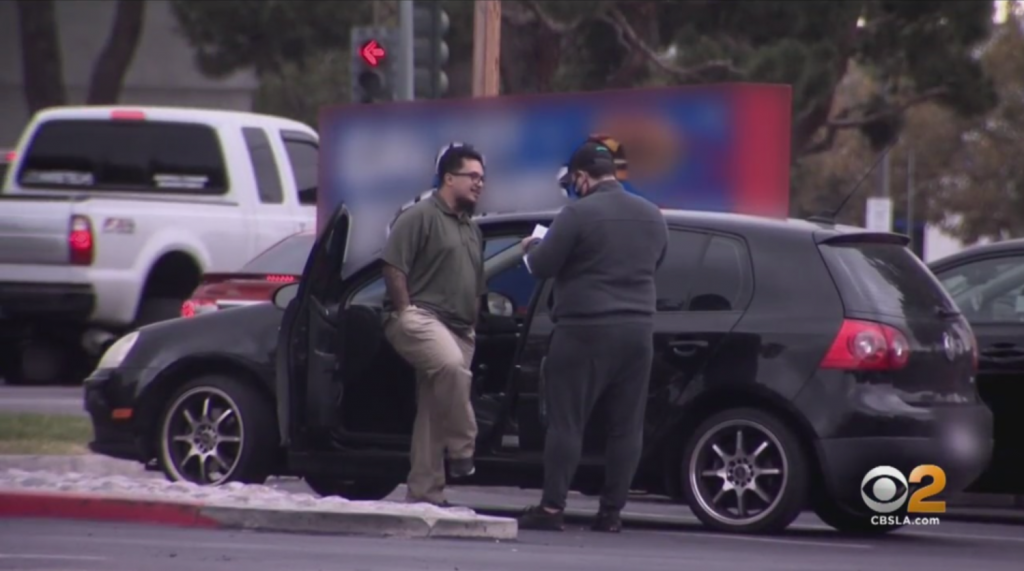 LOS ANGELES (CBSLA) — With proof of COVID-19 vaccination now required at Los Angeles bars, breweries and other businesses, a CBS2 investigation has uncovered a growing black market for fake or stolen vaccine cards. CBS2’s David Goldstein found vaccine cards are being advertised on sites that promise a fast process and affordable prices. Some sites even claim that the cards are registered with the state, with one seller promising “once you scan the registered cards, your information will show up that you took the shot.” Another seller claimed they were working with medical doctors, while another even called himself a doctor.

With city and federal government vaccine mandates going into effect, experts say the market for fake or stolen CDC cards has shot up because some people don’t want to get vaccinated. The City of Los Angeles has one of the toughest vaccine ordinances in the country, now requiring proof of vaccination just to get into restaurants, gyms, and the indoor operations of other businesses.

Some sellers are brazen with their advertising, but others are more cunning, purporting to be selling puppies or vaccine card holders. But when contacted, they confirmed they had “actual cards” that their customers used for work, to enroll in college and for entering a hospital.

Dr. Marc Kerner said using fraudulent cards to say you’re vaccinated when you’re not is a violation of public trust.

“It does make it unnerving knowing that maybe there’s a percentage of people here that have fake cards,” Kerner said.

Special Agent Rich Alexander investigates fraud for the LA office of the FBI.

“There’s no security seals on them so an individual presenting one to another person, corroborating that vaccination card  at that point would be difficult,” Alexander said.

And people are indeed using the cards. Evander Kane of the NHL’s San Jose Sharks was hit with a 21-day suspension for using such a card to claim he was vaccinated.

“It can certainly diminish the amount of confidence in those vaccination cards but as far as right now, how widespread that problem is right now is a big unknown,” Alexander told Goldstein.

MORE NEWS: Lakers Give Up Another Lead To The Thunder In 107-104 Loss

At this time, penalties are not firm on using a fake or stolen vaccine card. Currently, both the CDC and the state say the only violation in regards to using such a card would be the unauthorized use of the agency’s name and seal. However, using them with, say, an employer would probably violate a company policy.