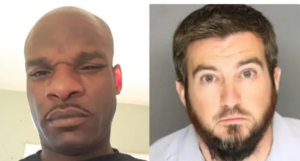 A Black man was shot seven times in a crime that is being labeled a suspected hate crime.

The incident took place near the Wells Fargo Bank on Pacific Avenue near Rivara Road according to Bobby’s brother Marlon Gayle. Bobby, who is a cement mason, was getting ready to do some work with a friend when a driver going reverse in his vehicle almost hit them, according to reports.

Gayle raised his hands at the driver and yelled at him to slow down. The driver then stopped and jumped out of his late-model Chevrolet Silverado extended cab truck and began shooting at Gayle.

“My brother threw his hands up, was like, ‘Hey, man, slow down. What’s going on, like slow down,’” Marlon said, “And the guy got out his truck, parked his truck, got out, and he started saying the ‘n’ word and just started shooting.”

The shots fired by the gunman missed the major arteries and organs of Bobby Gayle, but two of the bullets hit him in the face. The incident happened on October 8.

A suspect has been arrested based on a Facebook posting by the Stockton Police Department:

“On Wednesday, October 13th, detectives arrested Michael Hayes, 31, in connection with the October 8th, shooting of a 45-year-old man that occurred in the 7600 block of Pacific Avenue. Hayes was booked into the San Joaquin County Jail for attempted homicide, assault with a deadly weapon, and weapons charges.”

“I would like to thank the anonymous tipster and the hard work of our detectives for bringing a quick resolution to this case for the victim and his family,” said Stockton Police Chief Eric Jones. “Gun violence is not tolerated in our community.”