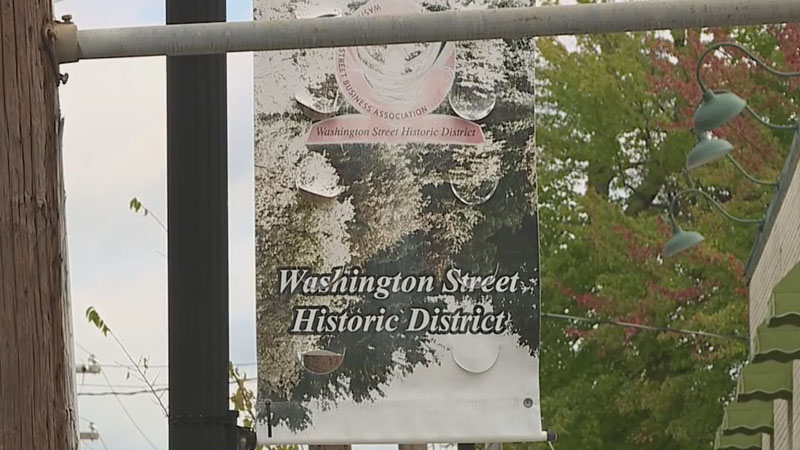 HIGH POINT, N.C. (WGHP) — The effort to highlight the historical significance of High Point’s Washington Street is getting ready to hit a huge moment.

Several community groups and the city government have partnered to create a mural of Louis Haizlip. The painting of Haizlip, walking along a High Point street wearing a suit, hat, and coat, takes up an entire building wall.

Louis Haizlip was an important member of the African American community and a business leader. Raynetta Jackson is Haizlip’s granddaughter. She recalls Haizlip’s generosity in his role as a funeral director.

“There were times where some families were not in a financial position to take care of the arrangements, so granddaddy would sometimes help those families,” Jackson said.

Phyllis Bridges is the head of Yalik’s African American Art and Cultural Movement, a proposed performance and cultural center that could be built on Washington Street. Bridges believes the giant mural will serve as a reminder that Washington Street once was the epicenter of Black business in High Point and draw locals and tourists to a street that is on the National Register of Historic Places.

“You will be educated and re-educated about High Point’s African American history in this part of the city from Washington Park Terrace on down to the downtown area,” Bridges said.

The mural is just a part of the re-introduction of Washington Street. The African American Heritage Trail will add to the rich story of Washington Street by adding historical markers on buildings and churches that are still standing or stood on the street.

Leo Rucker has painted many historical murals across the Piedmont and was excited to be a part of this kickoff project.

“I had to make sure that I could render it in a way it really reminded people of how he represented the community and impacted them, their families, or as individuals as well,” Rucker said.

The excitement of the future African American Heritage Trail begins with the unveiling of the Louis Haizlip mural on Saturday, Oct. 16 at 7 pm. The public ceremony will be held at 616 Washington St., Hgh Point.

Historical markers and brochures should be ready early next year.