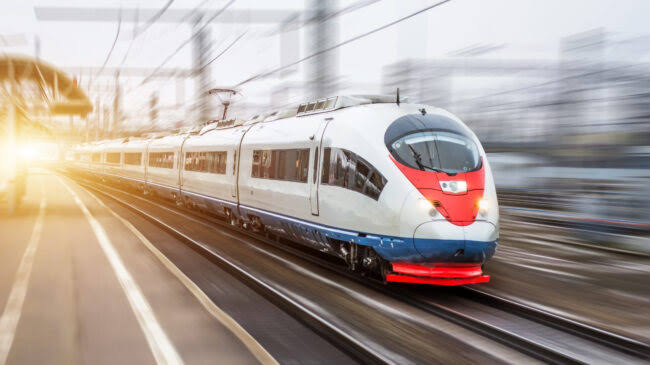 Egypt to build its first high speed train at a cost of $4.5 billion

Northern African country, Egypt is in the process of acquiring a high-speed train that will cut through her desert and connect through the ancient and tourist city of Cairo and other places in the country.

The project is to be carried out by a German company, Siemens mobility which was signed earlier in the month alongside the Egyptian National Authority Tunnel (NAT). Siemens will be partnering with an Arab contractor, Orascom Construction S.A.E.

The design is speculated to be created in the form of a Suez Canal type of link on the track. The Suez Canal is an artificial sea level waterways in Egypt which cuts across the Mediterranean Sea and the Red Sea, somewhat cutting across Asia and Africa. Core technologies such as high speed trains, rail infrastructure and commuter train will be provided by Siemens technology. The designs of the tunnels and bridges will be provided by NAT.

The project is estimated to run around $4.5 billion and expected to transport over 30 million people every year. The fast speed train is predicted to save time for commuters, cutting down travel time to about 50%. The contract itself is expected to provide about 15,000 jobs among the locals. Its completion is expected to be in 2027.

According to the Egyptian minister of transport, Kamel El-Wazir, in a press release stated, ‘The high-speed train will strengthen the infrastructure of the area it passes through and help achieve urban sprawl.’

This project is expected to open more doors to tourism although Egypt is among the top tourists attractions in Africa. Michael Peters, the CEO of Siemens Mobility is optimistic the high speed train will not just help the growing population but the economy as well.