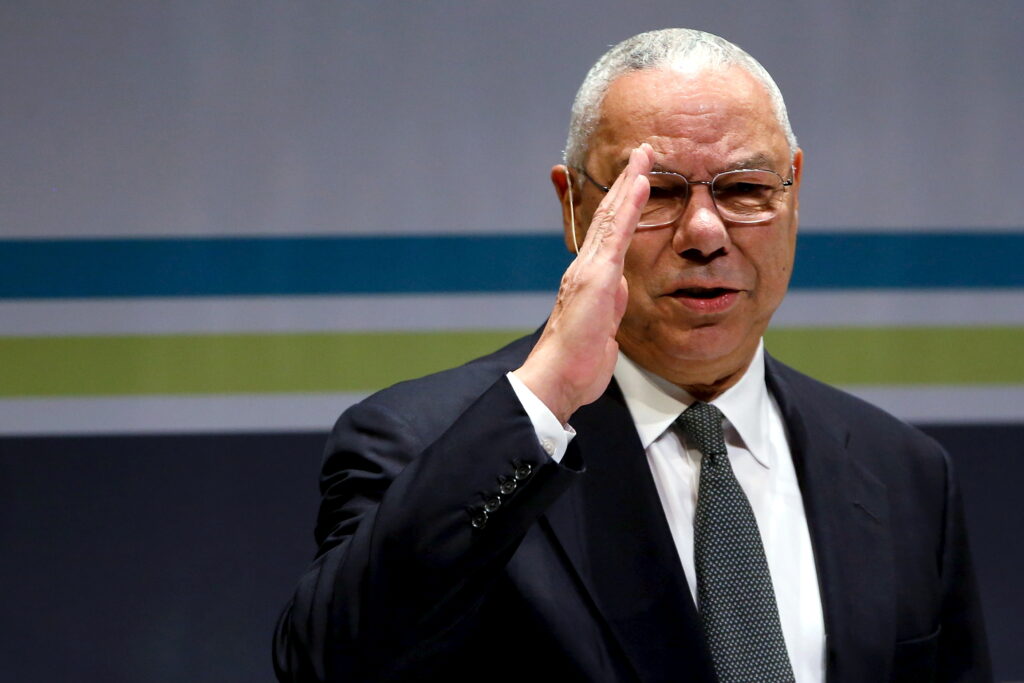 WASHINGTON (Reuters) – General Colin Powell, a former U.S. secretary of state and Joint Chiefs of Staff chairman, 84, died of complications from COVID-19 on Monday, according to his Facebook page. He was 84.

General Powell was the first African American Secretary of State. He was a professional soldier for 35 years. During that time he held many different command and staff positions. His last assignment, from October 1, 1989, to September 30, 1993, was as the 12th Chairman of the Joint Chiefs of Staff, the highest military position in the Department of Defense. During this time he oversaw 28 military and political crises, including Operation Desert Storm in the victorious 1991 Persian Gulf War. In 2001, Powell became the first African-American U.S. secretary of state, under President George W. Bush.

EDUCATION
General Powell was born in New York City on April 5, 1937, and was raised in the South Bronx, New York. His parents, Luther and Maud Powell, immigrated to the United States from Jamaica. General Powell was educated in the New York City public schools, graduating from Morris High School and City College of New York (CCNY), where he earned a bachelor’s degree in geology. He also participated in ROTC at CCNY and received a commission as an army second lieutenant upon graduation in June 1958. His further academic achievements include a Master of Business Administration degree from George Washington University.

AMERICA’S PROMISE
In April 1997, General Powell chaired the Presidents’ Summit for America’s Future in Philadelphia. Since then, he has been serving as chairman of America’s Promise — the Alliance for Youth, a national organization dedicated to the advancement of the children of America. General Powell, through his work with America’s Promise, is dedicated to the fulfillment of five promises necessary for all children to become successful adults: