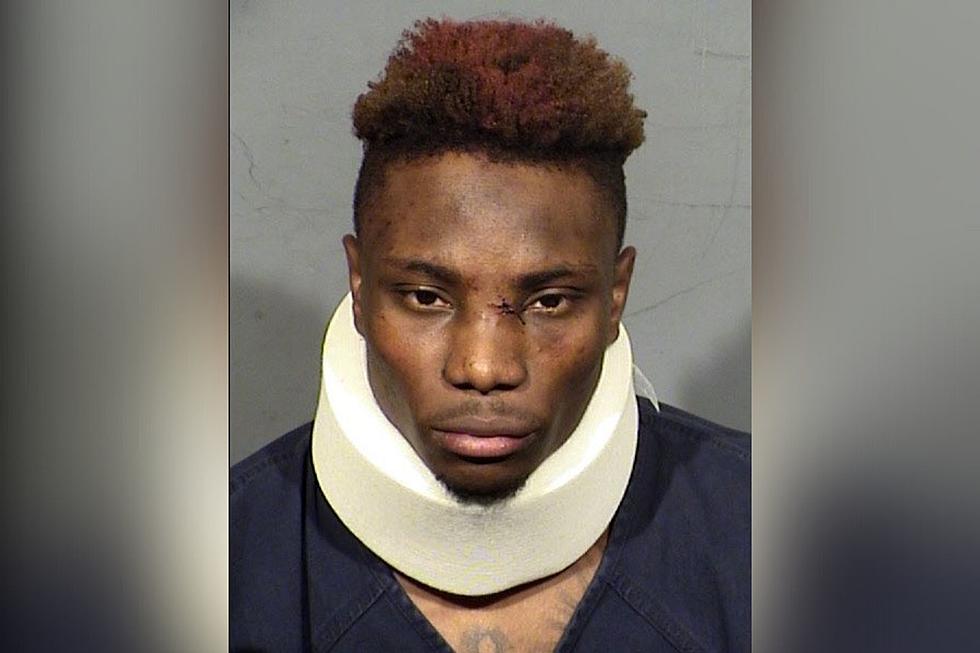 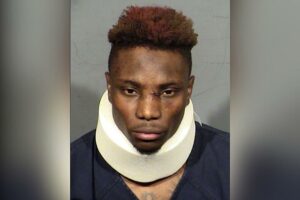 Ruggs was in a wheelchair and wearing a neck brace while appearing in his first court appearance in Las Vegas on Wednesday. He was charged with DUI resulting in death and reckless driving resulting in death or serious bodily harm, CBS Sports reports.

Officials revealed that the former NFL player was driving at 156 miles per hour about 2 seconds before the Tuesday crash and had a blood alcohol level of .161, more than twice the legal limit. A loaded gun was also found in Ruggs’ car, prosecutor Eric Bauman said. The collision took place at 3:40 a.m near the intersection of South Rainbow Boulevard and South Spring Valley Parkway.

Upon arriving at the scene, fire department personnel discovered a deceased victim, a 23-year-old woman, inside a Toyota Rav4. Ruggs is believed to have crashed his Chevrolet Corvette into the back of the woman’s car which set it on fire and killed her.

Henry Ruggs III is making his initial appearance in court today. He was wheeled in. He is facing a charge of DUI resulting in death @News3LV pic.twitter.com/idFP2HWmVi

Ruggs was said to be driving 156 mph 2.5 seconds before impact and traveling at 127 mph at impact, NBC News reports. Officials said he showed signs of impairment at the scene of the crash. Ruggs and his girlfriend, Kiara Kilgo-Washington, were transported to the University Medical Center for “serious,” injuries.

A judge set the player’s bail at $150,000 after prosecutors worked to have it set at $1 million. He was released from the Raiders on Tuesday hours after the fatal crash. An investigation into the accident remains ongoing.

Following his court appearance, defense lawyer David Chesnoff asked the public to hold off on passing judgment on the player until after the investigation is complete.

“We’re going to investigate the case. We’re going to adjudicate it in the courtroom,” Chesnoff told reporters. “This is America, he’s entitled to his day in court.”