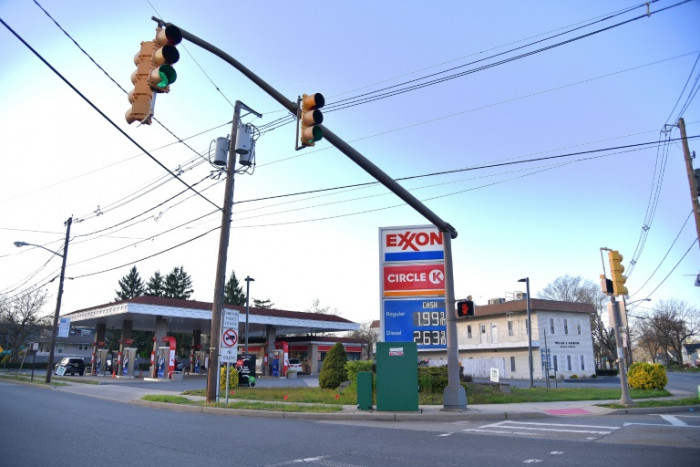 Having returned to profitability, ExxonMobil plans to use extra cash to reduce debt and buy back shares

NEW YORK: Profits at ExxonMobil and Chevron rebounded in the third quarter on strengthening oil and natural gas prices, according to results released Friday that underscored the industry’s improved financial position compared with the darkest days of the pandemic.

After US oil futures sank into negative territory in spring 2020 on widespread Covid-19 restrictions, demand has returned in a big way, lifting oil prices back above $80 a barrel and driving European gas prices up more than five times their level from a year ago.

US oil giants, which reported losses during the worst of the pandemic, now are now generating a steady stream of free cash, raising questions about future investment plans.

The latest surge in oil and gas prices comes as the industry faces increased pressures from investors to build up low-carbon businesses amid rising worries over climate change.

While both companies signaled more spending for share buybacks, ExxonMobil said it would boost investments in lower-emission projects, while Chevron said its 2022 budget would increase funds for both conventional and low-carbon ventures.

ExxonMobil reported profits of $6.8 billion, compared with a loss of $680 million over the same period last year.

Revenues jumped about 60 percent to $73.8 billion.

The oil giant, which announced a dividend increase earlier this week, said the extra cash enabled it to reduce debt by $4 billion and to launch a program in 2022 to purchase up to $10 billion in shares over the next two years.

ExxonMobil plans to increase spending in lower-emission ventures “by four times over the prior plan,” ExxonMobil Chief Executive Darren Woods said, adding that some of the money will go to projects that require additional government policy support.

But the company maintained its outlook for overall capital investment of between $20 to $25 billion annually.

Breber said the extra funds will go “to our traditional business and our new energy business.”

Woods and Chevron Chief Executive Mike Wirth participated Thursday in a six-hour congressional hearing in which Democrats grilled industry leaders over their record on climate change, with some lawmakers arguing against further petroleum investment.

Both oil giants say they recognize climate change as a serious societal threat, pointing to their support for the Paris Climate Accord and investments in lower-carbon projects.

Critics accuse the industry of “greenwashing,” noting that most of their spending still goes to oil and gas and that they have not lobbied in favor of climate policies under consideration in Washington.

In recent years, mainstream investors have also been skeptical of heavy capital spending in conventional areas like oil and gas drilling and production, a stance that hardened when commodity prices slumped during the pandemic.

But sentiment appears to be shifting somewhat as worries about energy supply grow.

The current natural gas supply crunch in Europe is the result, in part, of underinvestment, according to Woods.

“You get these pinch points,” Woods said on a conference call with analysts, adding that the industry faces challenges “to strike the appropriate balance” between meeting near-term energy needs while planning for a lower-carbon future.

“We’re seeing investors come back to the sector,” Breber told CNBC, adding that the company is also seeking to build up more low-carbon businesses for the long term while investing in conventional projects over the short term.