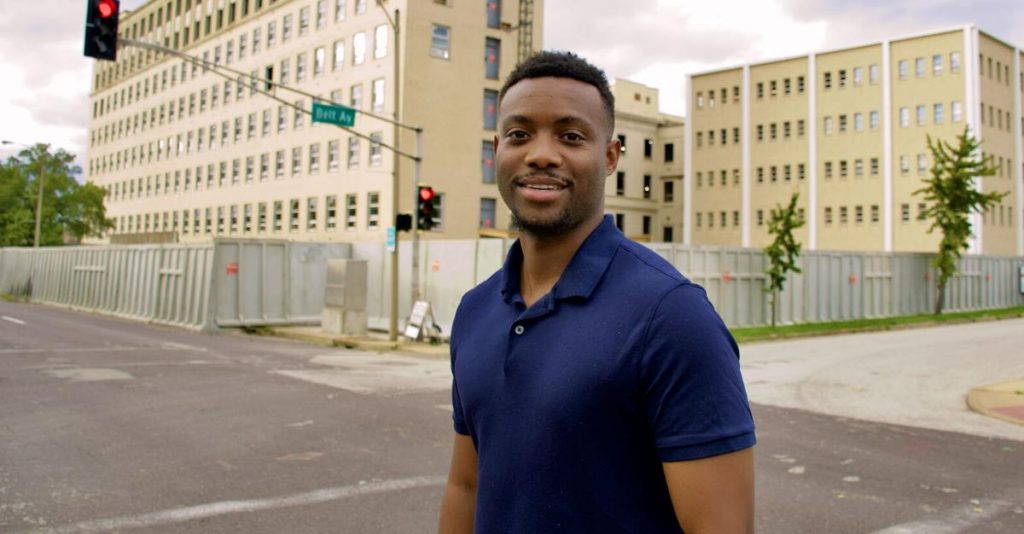 As important as a $1 million investment in Marcus Howard’s business dream is his inspiration to improve health care outcomes in the Black community.

“Being from St. Louis and seeing the health inequities made me think about a business that can help,” he said.

While armed with an undergraduate degree in exercise and sports fitness from North Carolina State and post graduate degrees, including a PhD, in education from the University of North Carolina-Chapel Hill, Howard has no background in health care or the pharmaceutical business world.

“We hope that this model scales to other communities of color around the U.S,” Howard said.

But the Metro High School graduate knew he wanted to return home “with a purpose.”

He found it in his effort to launch a pharmacy that provides “culturally competent health care to communities of color in St. Louis.”

While he is a not a pharmacist, his best friend is. That helped him create a business plan and understand what would be needed to succeed.

Like most first-time hopeful entrepreneurs, Howard’s first assignment was raising money to create the business. He created a GoFundMe site during the toughest months of the ongoing pandemic and raised $8,000 toward his goal of $600,000.

Howard’ said his “grassroots movement” got the attention of local leaders, including Maxine Clark, founder of Build-A-Bear and inspiration behind the Delmar DivIne project where Howard’s pharmacy will be located.

“I was first introduced to Marcus by a newspaper article and then I contributed to his Go Fund me as an early investor,” Clark said.

“When we finally got to meet and to hear his vision for a full-service pharmacy to serve his community as well as the broader St. Louis community, I knew the Delmar DivINe was the perfect home for this exciting business.

The Delmar DivIne is a $100 million-plus project that is converting the former St. Luke’s Hospital complex into offices and shared resources for nonprofits. There is a focus on health, education, and human service organizations.

“Pharmacies aren’t a new invention, just like teddy bears weren’t new, but one that brings us back to the roots of locally owned and consumer centric is exciting. We are proud to be his first location,” Clark said.

“We hope that this model scales to other communities of color around the U.S,” Howard said.

As an independent pharmacy owner, one not part of a chain, Howard is part of a positive trend.

According to a Pharmaceutical Care Management Association, the number of independent pharmacies in the U.S. increased by 12.9% between 2010 and 2019. There was a 4% increase in Missouri.

Howard also has a Black leader in the world of pharmacy located on the Metro East side.

Lakesha M. Butler, a clinical professor in the SIU-Edwardsville Department of Pharmacy Practice and pharmacist, is president of the National Pharmaceutical Association. The organization represents minorities in the pharmacy industry.

Butler recently told nbcnews.com that “culturally competent care” has a direct, positive impact on the Black patients she sees when she works at clinics two days a week in St. Charles, Mo., and East St. Louis, Ill.

“It’s just amazing to me when I’m practicing in a clinic setting and an African American patient sees me,” Butler said.

“It’s a pure joy that comes over their face, a sigh of relief. It’s like ‘OK, I’m glad that you’re here because I can be honest with you, and I know you will be honest with me.’”

Like African Americans throughout the U.S., Black residents of the St. Louis area are disproportionately affected by heart disease, high blood pressure, and infectious diseases.

“The under-use and overuse of prescriptions,” are also Black community health concerns, according to Howard.

“This data will allow GreaterHealth to offer responsive services that will shape actions that lead to healthier behaviors,” he said.

“[At a chain pharmacy], you walk up, you get your medicine, and you walk away. For communities of color, that’s not enough.

“This is a critical development as communities of color around the U.S. need healthcare providers that offer both quality care and a deeper understanding of their culture. GreaterHealth has the potential to become a trusted source of healthcare for these communities and help alleviate challenges that prevent better outcomes.”