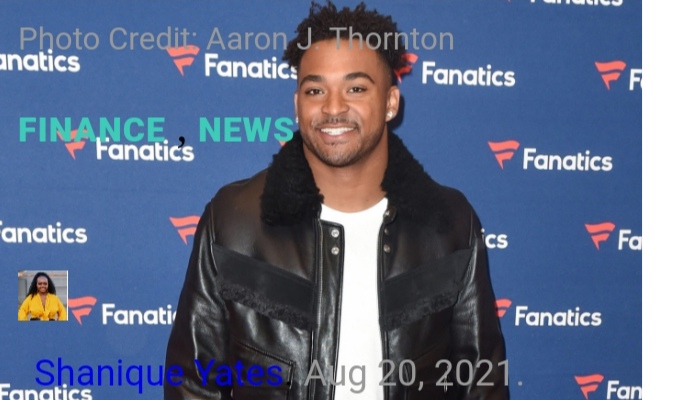 Jamal Adams is proof that fighting for your worth pays off in the end!

Adams had a goal to become the highest-paid safety in the National Football League (NFL), now it’s a dream come true thanks to his determination to stand by what he knew he was worth.

According to The Seattle Times, on Aug. 17, Adams signed a four-year deal with the Seattle Seahawks worth up to $72 million. Not only was his mission accomplished, but the team can now rest assured knowing that their 2020 trade paid off as Adams is now set to play a pivotal role on the team during his prime years.

Jamal Adam’s Seahawks journey began on July 25, 2020, when the team traded quite the package to the New York Jets, including first-round picks from 2021 and 2022, just to secure his spot on the team.

Now, after five months of what coach Pete Carroll called “intense negotiations,” Adams is ready to rock and roll as a Seattle Seahawk.

“This is a block off my shoulders,” said Adams. “Just so excited to be a part of such a unique organization. Always been a fan, still a fan. But it makes it that much better that I’m a part of the family now. So I’m ready to go win some championships.”

The news is huge for the 25-year-old who is thankful that the team followed through on its plans to re-sign him that day that his trade to the team began.

“They kept their word,” he continued. “That’s all I could ask for.”

Despite the Seahawks giving Adams what they thought would be his final offer on Aug. 6, he stood his ground, not letting up until they reached an offer they both could agree on. The initial offer was four years at $17.5 million annually with no plans to budge. It was a move that the team doubled down on even as they met with Adams’ representatives during this past weekend’s preseason opener agast the Raiders in Las Vegas.

Carroll acknowledged that the team gave Adams a take-it-or-leave-it mandate.

“We had to really stand our ground,” Jamal Adams shared.

After more negotiations, everyone has Adams’ mother to thank. She played a key role in the decision after texting him on Monday, encouraging him to sign the contract.

“Mama knows best,” said Adams. “When my mom says my full name, I think I need [to] pay attention.”

As of Tuesday, Adams agreed to a deal worth up to $72 million as long as he attains all team and individual incentives. According to The Seattle Times, “The deal assures Adams will be a Seahawk through the 2025 season and also includes $38 million guaranteed, plus a $20 million signing bonus.”

“He knows that it’s an enormous deal,” Carroll continued. “But it’s a great deal for our franchise because this is the commitment that we made a long time ago and we were able to see it to this point.”

This is the third time since 2019 that the Seahawks have made a player the highest-paid position in NFL history. After signing a deal worth $35 million in 2019, quarterback Russell Wilson became the highest-paid player at any position in league history. Today, Kansas City Chiefs quarterback Patrick Mahomes holds that title with $45 million a season.