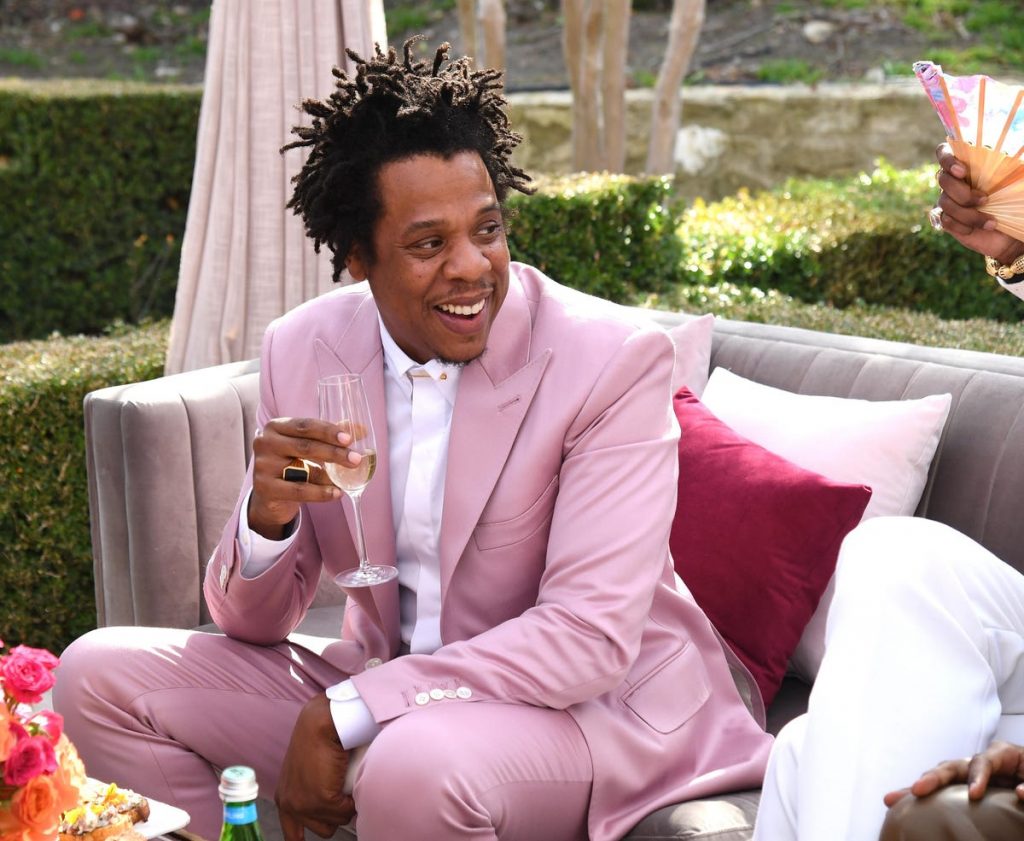 Billionaire hip-hop artist and entrepreneur Shawn “Jay-Z” Carter has made another investment in the cannabis industry. But instead of selling $50 hand-rolled joints, his most recent investment is in a tech company that helps marijuana dispensaries process payments.

Jay-Z invested in Flowhub, a Denver-based cannabis point-of-sale software company. The music mogul-turned billionaire businessman participated in a $19 million strategic funding round, which values the company at $200 million. Flowhub has raised a total of $50 million to date. Investment firms Headline and Poseidon Asset Management led the round.

Flowhub, which was founded by Kyle Sherman in 2015, helps dispensaries process transactions, track inventory and stay compliant with state cannabis laws. Each year, Flowhub processes more than $3 billion in marijuana transactions for more than 1,000 businesses across 14 states.

“When Jay says, ‘I’m not a businessman, I’m a business, man,’ it’s true,” says Sherman, referencing one of Jay-Z’s most-cited lyrics. “He’s got incredible business acumen—he really knows how to surround himself with brilliant people and build great companies.”

Thanks to cannabis still being federally illegal, big federally insured banks like J.P. Morgan Chase and Wells Fargo do not serve companies in the space. Nor do credit card companies like Visa and Mastercard or payment processing firms like Paypal and Square. This means most transactions in the industry, which reached $20 billion in sales last year across 36 states that allow some form of legal marijuana sales, are done in cash. By 2030, the industry is expected to reach $100 billion in annual sales, according to Cowen.

“We’re still a cash industry and it’s 2021,” says Sherman. “It’s hard to believe when we barely have cards in our pocket anymore with Apple Pay.”

Most cannabis companies have limited access to the mainstream financial system. The only banks that will serve cannabis retailers are local credit unions, which allow dispensaries to set up a bank account and pay their vendors, employees, and taxes with a check, instead of bags of cash. As for customer transactions, most dispensaries put an ATM in the front of the store.

But Flowhub’s point-of-sale tools help dispensaries hide the complexities of a cash-intensive industry. Flowhub’s software allows customers to use their debit cards at checkout but the transaction is not a debit transaction, it’s technically an ATM withdrawal. “It’s not really debit, but it feels like it,” says Sherman.

Emily Paxhia, the cofounder and managing partner of cannabis fund Poseidon Asset Management, first met Sherman at a pitch competition in Denver in 2015. She was impressed that Sherman, before starting his software company, realized the biggest issue for dispensaries was that they had to manually report their inventory and sales totals at the end of the day to Colorado’s Department of Revenue. If a state official came by the business and the data in the state database didn’t match the inventory on the shelf and the amount of cash in the safe, the dispensary could lose its license and face millions of dollars in fines. Sherman convinced the state to open its database to software companies to automate the reporting process.

Paxhia’s fund, which she runs with her brother, was Flowhub’s first investor.

For now, other payment processors will not serve the industry, giving Flowhub and its competitors a head start in one of America’s fastest-growing industries.

“Flowhub is the Square of the cannabis space,” says Paxhia, referring to the payment processing company founded by Jack Dorsey. (Jay-Z sold a majority of his music streaming service Tidal to Square and now sits on the board.) “There are going to be a couple of tech companies that will be the leaders of our space and Flowhub will be one of them.”

Jay-Z’s investment in Flowhub is only his latest move in the cannabis industry. In 2019, Jay joined California-based cannabis company Caliva as its chief brand strategist, where he developed his high-end luxury cannabis brand Monogram.

In November 2020, Caliva, Monogram and Left Coast Ventures, which owns musician cannabis brands like Marley Natural and Carlos Santana’s Mirayo, were acquired by a SPAC. The new company is named The Parent Company, a name Jay-Z came up with. Jay runs The Parent Company’s social equity venture fund, which invests in Black and Brown-owned cannabis companies.

Cannabis is only a sliver of Jay’s business empire. In 2019, he became the first hip-hop artist turned billionaire. Jay-Z, who grew up in the Marcy housing projects in Bedford-Stuyvesant, Brooklyn, built a fortune thanks to his music catalog—he’s amassed 14 No. 1 albums and 22 Grammy awards—and also owns Armand de Brignac champagne and part of D’Ussé cognac, not to mention his entertainment company Roc Nation and sizable stakes in companies like Uber and Robinhood.

Flowhub has built a robust social equity arm. To date, Flowhub has given away $1 million in free software to companies owned by underrepresented groups in the cannabis industry, including Black and Brown-owned, woman-owned, or veteran-owned dispensaries.

For now, banking reform efforts are stuck on Capitol Hill. The Secure And Fair Enforcement (SAFE) Banking Act, which passed the House for the fifth time last month, would allow state-regulated marijuana businesses to access the mainstream financial system, take out loans from banks and make paying taxes easier. The Senate has not yet taken it up. Until SAFE Banking passes, or cannabis is legalized federally, the industry is stuck in its current cash-dependent state.

Sherman says that the fact that the industry is shut out of the mainstream financial system is its biggest obstacle. And waiting for financial institutions or the government to change their policies isn’t an option when an industry that conducts tens of billions of dollars in annual sales needs help now.

“These banks don’t engage in the cannabis industry and federal legalization may not even fix that because a lot of these banks play the moral police,” says Sherman, explaining that many banks and payment processors do not conduct business with certain industries, especially ones that have been stigmatized by culture, regardless of laws.

Flowhub will soon launch new tools that will help dispensaries and customers transact as easily as if they were selling coffee and donuts. These types of solutions, he believes, will help drive drive cannabis legalization.

“Technology is going to get us to the next chapter,” says Sherman. “I think [the financial institutions] are going to start waking up when they realize multi-billion-dollar businesses are being built around providing services to an industry that lacks support.”