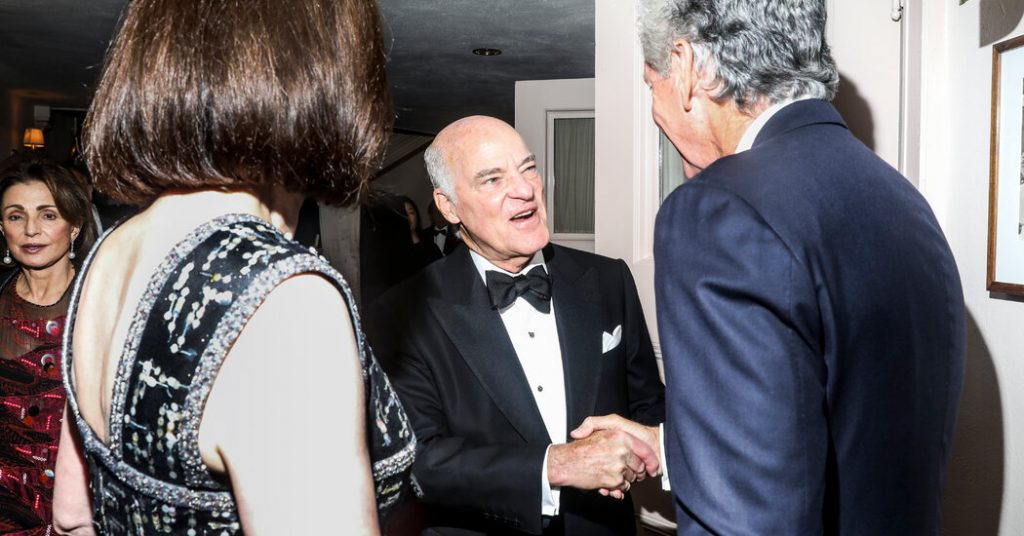 Henry Kravis and George Roberts, the private equity titans who founded K.K.R. with Jerome Kohlberg Jr. in 1976, are handing over the keys. They defined the 1980s leverage buyout boom with the firm’s acquisition of RJR Nabisco.

Joe Bae and Scott Nuttall are taking over as co-chief executives, effective immediately, the firm announced on Monday. Mr. Kravis and Mr. Roberts will remain “actively involved” as executive co-chairmen of the board.

The private equity firm has about $430 billion in assets under management, with operations that span the globe. K.K.R.’s shares are up 65 percent so far this year.

The succession plan was set in motion in 2017, when K.K.R. named Mr. Bae and Mr. Nutall co-presidents and chief operation officers. Both joined the firm in 1996. Mr. Bae helped oversee its expansion in Asia and its private markets business, while Mr. Nutall guided the firm’s initial public offering in 2010 and its public markets business. They played a significant role in “shaping the firm, its culture, and our market leading businesses into what they are today,” Mr. Kravis and Mr. Roberts said in a statement.

Mr. Kravis and Mr. Roberts are also ceding voting control. Alongside the management moves, K.K.R. is simplifying its corporate governance and will eliminate preferred shares for Mr. Kravis and Mr. Roberts, moving to one-vote-per-share on all matters — including board elections — at the end of 2026. That is in contrast to rivals like Blackstone, where its founder, Steve Schwarzman, maintains significant control. Apollo said earlier this year that it would move to a one-share-one-vote structure after revelations about ties its founder, Leon Black, had to Jeffrey Epstein, which led Mr. Black to step down earlier than expected.

Other leadership transitions are afoot at buyout groups. Carlyle’s co-founders, David Rubenstein and William Conway, appointed Glenn Youngkin and Kewsong Lee as co-chief executives in 2017. (Mr. Youngkin resigned last year and is running for governor of Virginia.) Mr. Schwarzman is still at the helm of Blackstone, with an heir apparent, Jonathan Gray, serving as the firm’s chief operating officer. TPG has been reshuffling its ranks in advance of an expected I.P.O.