KiwiSaver in colour: Why it shouldn’t be the new black 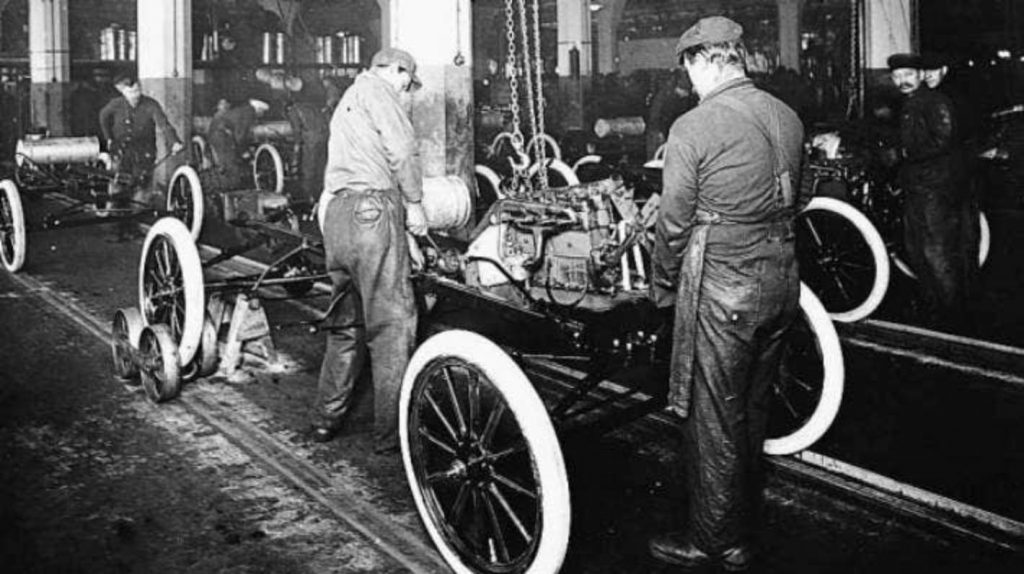 OPINION: Henry Ford liked things simple. And there was one defining moment of simplification in particular that stands out in Ford’s autobiography, penned with Samuel Crowther.

“In 1909 I announced one morning, without any previous warning, that in the future we were going to build only one model, that the model was going to be the ‘Model T’, and that the chassis would be exactly the same for all cars, and I remarked: ‘Any customer can have a car painted any colour that he wants so long as it is black.’”

For some reason, the famous Ford quote popped into my mind as I read the 2021 Financial Markets Authority (FMA) KiwiSaver report that highlights one of the most successful years on record for the retirement savings vehicle.

Car manufacturing and financial services are, of course, completely different industries but both generate a lot of statistical mileage.

READ MORE:
* Millennials hit hardest by Covid KiwiSaver fund switch
* Saving KiwiSaver: Why contributions matter more than fees
* Government’s ‘game theory’ tactic promises cascade of KiwiSaver fee cuts
* Ask an expert: Am I with the right KiwiSaver provider?
* Are you getting value for money from KiwiSaver?

KiwiSaver has travelled a long way in its 14 years, as shown in these headline figures extracted from the FMA report:

While media and the FMA focused on the increase in nominal fees, if you look under the hood the cost of KiwiSaver fell slightly during the year compared to funds under management.

As noted in a new study by consultancy firm Melville Jessup Weaver, the average cost of KiwiSaver has declined markedly over the past decade or so.

“When we consider all providers in aggregate, there has been a significant downward trend over time,” the Melville Jessup Weaver report said.

By that measure, KiwiSaver costs have fallen about 40 per cent since 2009, reflecting the impact of both competitive forces and ongoing regulatory demands.

During the reporting period, the government put the foot down on KiwiSaver costs with the FMA “value for money” campaign and the default provider review that saw winning bidders slash fees to new low, low prices.

In the wash-up, none of the original 2007 default vehicles made the cut, while two new models entered the production line in their latest review.

Caught in the full-beam headlights of regulatory scrutiny most large providers lowered fees over the past 12 months and I expect to see this continue as total funds under management grow over the coming years.

Putting aside the potential effect of investment performance, tuning KiwiSaver to a lower-fee fuel efficient engine should see member retirement funds go further over the long-haul. Which has to be a great thing right?

Aside from the untimely passing of its chief designer, Sir Michael Cullen, in August at just 76, KiwiSaver appears to have emerged from a difficult, pandemic-interrupted year in mint condition.

But there are a few warrant-of-fitness issues still outstanding – some of which I covered in previous articles, and could materially impact how KiwiSaver members arrive at their retirement destination.

On those last two points, the regulator and government rightly used the default provider appointment process to squeeze out fee concessions from contenders.

However, the simultaneous move to a balanced fund setting and mass transfer of an estimated 263,000 members (according to the FMA report) to new schemes does create several risks.

The regulator further notes that under the new regime, default KiwiSaver funds will now act as benchmark performance vehicles rather than simply ‘parking spaces’ as per the current design.

“Because of this change in risk settings, our future focus will be on whether any moves by default members out of their allotted default funds is in those members’ interests,” the FMA report says.

“We will also be reviewing how many active members join the default funds, attracted by the lower fees and balanced risk setting. Providers must ensure their default funds are open to all members.”

Clearly, first-time buyers deposited-in via the default carousel and cost-conscious savers should have access to a fee-constrained, simplified KiwiSaver jalopy.

But the question remains whether all KiwiSaver members should, or want to, travel exclusively in super budget vehicles – of essentially identical asset allocation and stripped-back (mainly passive) investment design.

“I cannot say that anyone agreed with me,” he recalls in his autobiography.

“The selling people could not of course see the advantages that a single model would bring about in production. More than that, they did not particularly care.”

While the Model T monopoly paid off initially, delivering a basic affordable car to the everyday person for the first time, the auto industry evolved quickly to meet consumer demand for greater choice and quality.

The same applies to KiwiSaver and their owners. If we followed Ford’s approach, we would have just one vanilla KiwiSaver scheme for all New Zealanders: paint it red, orange or sky-blue pink – it doesn’t really matter.

However, Kiwis want choice. Some want more than just the basic four wheels, four doors and a heater for their savings vehicle to get them to their retirement destination.

Having additional extras like advice, wide fund selection, investment management styles, social and responsible investing and manager choice is important for members (depending on their personal circumstances) and to many it might even get them to their goal quicker and in better shape.

Just as the auto industry has moved beyond the singular Henry Ford focus on black, the future of KiwiSaver is unlikely to be in monochrome.

Today, Ford builds dozens of models sold across the world with multi-choice customisation of many features now standard practice. For example, according to Ford, “America’s favourite pick-up” – the F-150 – comes in petrol and now fully electric with 15 colours ranging from Race Red to Antimatter Blue Metallic… and only one choice is black.

David Boyle is head of sales and marketing at Mint Asset Management Limited. The above article is intended to provide information and does not purport to give investment advice.