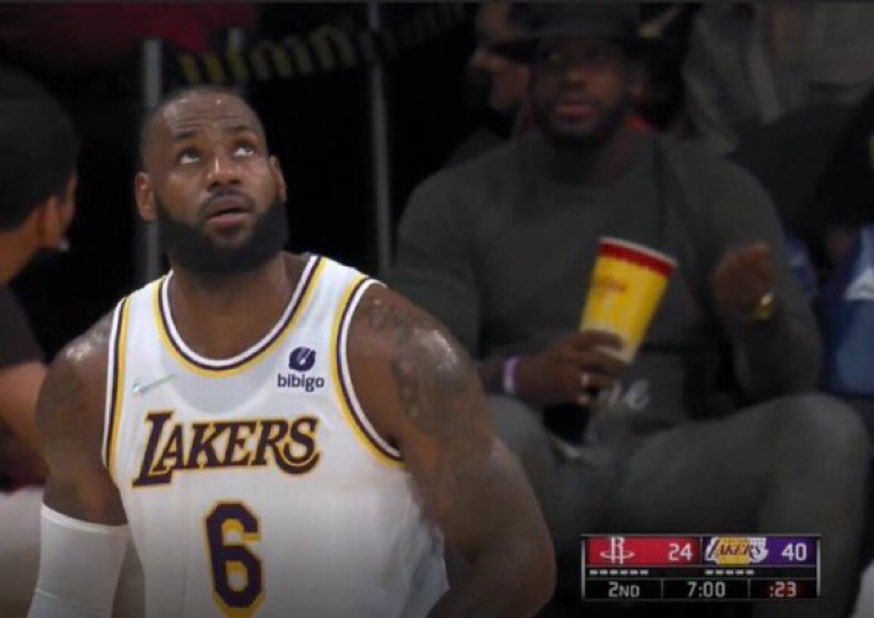 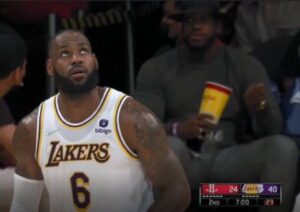 Halloween is the time of year that folks can be someone or something else for the occasion.

On Halloween this year, from the reaction of fans and spectators alike, there was a man in the stands at a Los Angeles Lakers basketball game who put on a LeBron James costume and watched the contest from a great seat!

On Sunday night at the Los Angeles Lakers/Houston Rockets basketball game at The Staples Center, a man who looked just like James was spotted in the crowd, and it was an interesting sight.

Lebron is so good he is Playing and watching the game at the same time 😧 pic.twitter.com/1CEhfUr4Ri

According to CBS Sports, that LeBron look-alike is actually a friend of his! That man is a former NBA player who befriended James several years ago. Fashion designer Patrick Christopher was an undrafted player who briefly played for the Utah Jazz in 2010.  He also has another connection to the team that James played that day, the Houston Rockets. Most likely, Christopher was at the sporting event to root for his younger brother, who is playing his first year in the NBA with the Rockets, rookie Josh Christopher.

Even LeBron reacted to the photo that went viral.

AYO!! True definition of 2 places at the same damn time!! 🤣🤣🤣🤣🤣🤣🤣. Somebody tell Pat C if he wants to be me for Halloween just ask me. LOL https://t.co/XcZ8jeIGYk

In an Instagram post last year in February, Christopher acknowledged James while speaking about the loss of Lakers legend Kobe Bryant.

“Met Bron in 2007 because I told the Cal coaches I would only go there if they got me in his camp. I worked his camps every summer throughout my college years and ironically got invited to his Nike Skills camps as well.”