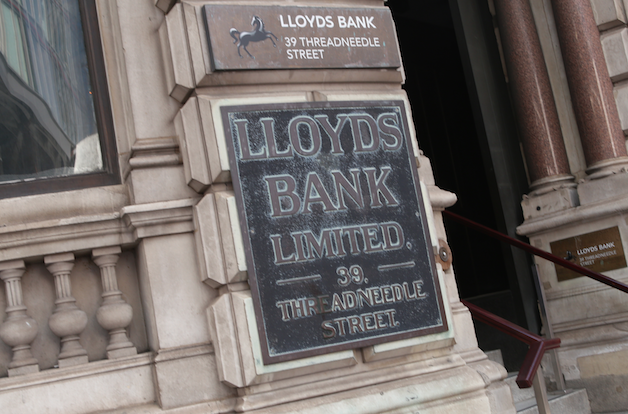 9am: Shell weighs on London open

Stocks opened lower despite expectations of an uplift, with Royal Dutch Shell weighing on the FTSE 100.

WPP was the best performer, up 4%, after the ad agency reported a rise in third-quarter earnings and lifted annual guidance.

Lloyds Banking Group shares rose 2% after it posted a rise in third-quarter earnings in Charlie Nunn’s maiden results since taking over as CEO (see below).

Lloyds Banking Group has seen a significant turnaround in performance with a profit before tax of £5.9bn for the first nine months, against £434m last time.

The owner of Bank of Scotland and Halifax, said snderlying profit was £6.255bn compared to £881 million for the same period in 2020.

Third quarter profit came in at £1.6bn compared to £1.3bn in an average of analyst forecasts.

Results were boosted by the release of cash that had been set aside for bad loans last year when the coronavirus pandemic clouded the economic outlook.

In Lloyds’ case, the amount was £84m, meaning that a total £740m of the £1.2bn held during the pandemic has now been added back to the balance sheet.

John Moore, senior investment manager at Brewin Dolphin, said: “This is another positive set of results from Lloyds, with an improved outlook, higher income, and a stronger balance sheet all contributing to enhanced guidance for the year.

“The bank is in a solid position and the relatively positive outlook for the UK economy set out in yesterday’s Budget will help it more than any of the other major banks, given its UK focus.

“Lloyds has maximised its existing core banking franchise, as can be seen in these results; but now the question really is ‘what next?’ regarding its future strategy.

“The takeover of Embark earlier this year provided a nod to the fact that deals will form part of its new strategy and growth avenues, but investors will be keeping an eye on news on this front in future updates.”

Stuart Lamont, investment manager at Brewin Dolphin, said: “Shell is in a much better position than it was last year as it continues to recover from the pandemic, buoyed by significantly stronger and more sustained oil prices.

“The announcement that the company will cut its absolute emissions by 50% by 2030 is further sign of its commitment to decarbonisation ahead of COP26 beginning next week and should play well. As ever, the tricky balance

“Shell needs to strike is remaining an attractive investment prospect as it makes the transition towards net zero, which it is currently managing well with a progressive dividend and share buyback programme. However, any detrimental change to the oil price could be a significant challenge in that regard.”

Ardgowan Distillery has signed a deal with equipment supplier Briggs of Burton for its net zero plant planned for opening at Inverkip near Glasgow.

7am: Ex-Aggreko chairman for TRG

Former Aggreko chairman Ken Hanna is taking over as chairman of the Restaurant Group from Debbie Hewitt who has decided to stand down at the end of the year to pursue her new role as chairman of The English Football Association.

TRG said Mr Hanna will join its board as a non-executive director on 1 December and will take on the role of chairman from 1 January.

His executive career has included the roles of CFO of Avis Europe, CFO of United Distillers, CFO of Sygen International, CFO and CEO of Dalgety and CFO of Cadbury.

Since embarking on a non-executive career, his roles have included non-executive director of Tesco, and chairman of Inchcape, Shooting Star Chase, Aggreko and RMD Kwikform.  He is currently chairman of Arena Events Group.

Spanish parent group Banco Sabadell said a rise in the group’s lending income and a solid performance at TSB saw its third-quarter net profit more than double from the same period a year ago.

However, net profit was below the €251 million reported in the third quarter of 2019, before the pandemic.

Shares in Asia-Pacific were mostly lower on Thursday as the Bank of Japan kept interest rate targets unchanged with short-term rates at -0.1% and 10-year bond yields at around 0%.

Retail sales in Japan fell 0.6% in September from a year earlier, as per official data released Thursday.