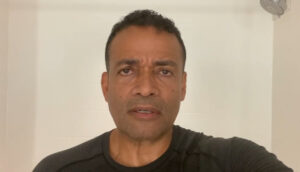 With the news of legendary filmmaker Melvin Van Peebles’s death last week, there haven’t been many public statements from his famous son, Mario, about his death.

Mario Van Peebles took to his Instagram account to make a statement about his famous and influential father, Melvin, who died last week at the age of 89.

The late Van Peebles is perhaps best known for his influential 1971 film Sweet Sweetback’s Baadasssss Song, a feature film in which he wrote, produced, scored, directed, and starred. That cinematic feature virtually opened up the floodgates that allowed Black filmmakers to realize that their filmmaking dreams could become a reality.

According to The Hollywood Reporter, Mario had some select words to express about his father and the impact he made on him and others, and how he opened the door for other Black creators.

He also spoke of the influence that Sweet Sweetback’s Baadasssss Song had on movies that came out after its release.

“Sweetback made being a revolutionary hip. After that, Hollywood had a movie written by two white guys — perfectly nice guys — called Shaft. And then they saw that Melvin made a hit with his movie, so they rewrote their movie in blackface. And then after that came Superfly. Sweetback went up against the system, against the status quo, against the man, right? Shaft made working with the man hip. And Superfly made dealing drugs against your own people — poisoning your own people for the man — hip.”

You can read the full article here.