Maya Angelou To Be Featured On Upcoming US Coins 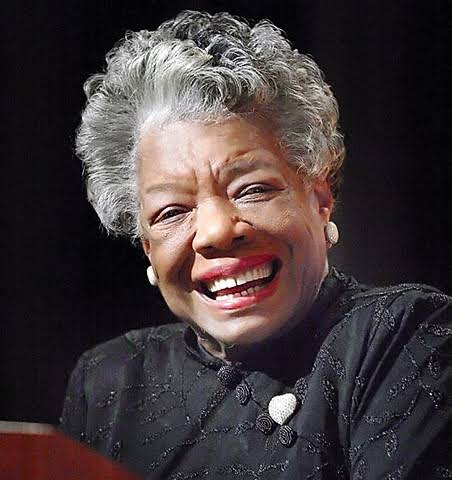 The likeness of legendary poet and civil rights activist Maya Angelou will soon be on your quarters, thanks to a new United States Mint program honoring trailblazing American women.

Angelou’s appearance on quarters in 2022 is part of the American Women Quarters Program, a four-year initiative that “celebrates the accomplishments and contributions made by women to the development and history of our country. “Dr. Maya Angelou attends her 82nd birthday party with friends and family at her home on May 20, 2010 in Winston-Salem, North Carolina. (Photo by Steve Exum/Getty Images)

From 2022 through 2025, the U.S. Mint will issue up to five new reverse designs each year. The obverse of each coin will keep a likeness of President George Washington. Women to be added on the coins will be noteworthy in several fields, including suffrage, civil rights, abolition, government, humanities, science, space, and the arts, and will come from “ethnically, racially, and geographically diverse backgrounds.”

Public Law requires that no living person be featured in the coin designs.

Angelou is one of five women to be featured on the 2022 quarters. She is joined by Dr. Sally Ride, the first American woman in space; Wilma Mankiller, first female principal chief of the Cherokee Nation; New Mexico suffrage movement leader Nina Otero-Warren and Anna May Wong, the first Chinese-American Hollywood film star.

“These inspiring coin designs tell the stories of five extraordinary women whose contributions are indelibly etched in American culture,” said U.S. Mint Acting Director Alison L. Doone in a press statement on Wednesday. “Generations to come will look at coins bearing these designs and be reminded of what can be accomplished with vision, determination and a desire to improve opportunities for all.”

The Secretary of the Treasury will select the honorees each year after consulting the Smithsonian Institution’s American Women’s History Initiative, the National Women’s History Museum and the Congressional Bipartisan Women’s Caucus. The six-step design selection process will start with initiating a design process and end with the Mint presenting final candidate designs to the Secretary for final design selection.

Angelou isn’t the only Black woman slated to appear on our money: For years, there’s been talk of getting legendary abolitionist Harriet Tubman to replace President Andrew Jackson, who owned slaves and relocated Native Americans, on the $20 bill. But in 2021, we’re still waiting for the wishes of a then-9-year-old-girl’s letter to President Barack Obama from 2014 to actually come to pass.

“If we can put a helicopter on Mars, we ought to be able to design a $20 bill in less than 20 years,” said Sen. Jeanne Shaheen (D-N.H.) in an interview in June. “It’s all about commitment.”

In the 1950s, Booker T. Washington and George Washington Carver were featured on the half dollar coin.