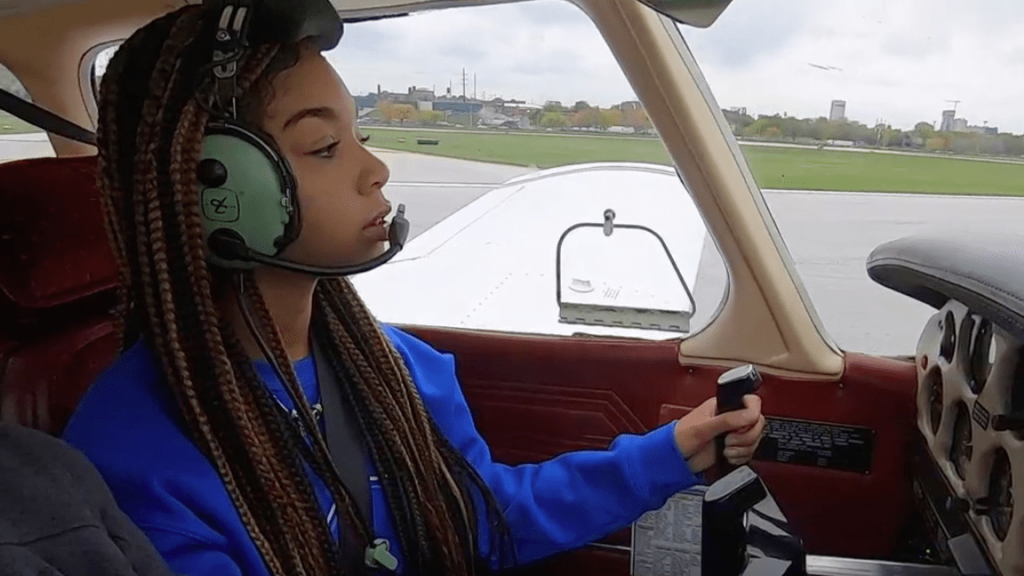 At the age of 16, Sydney-Marie Flowers from Cleveland is already set to be a licensed private pilot this year. She already has her student pilot certificate, and she doesn’t even have her driver’s license yet.

After attending a local aviation camp where she was recognized as the top student, she was chosen to be one of the attendees in a U.S. Air Force-sponsored national camp in Tuskegee, Alabama.

“They only pick 20 students out of the whole entire country,” Flowers told WKYC, “I just felt that it was a real accomplishment for me, and also a privilege to step on the same field the Tuskegee airman stepped on.”

Most recently, she embarked on her first solo flight in the historic field in Tuskegee. She admitted that the training was hard and she encountered challenges on her last landing, but she still nailed it.

“I am extremely proud of my daughter. She made goals and she’s pretty much aced every goal,” said her mother, Marie-Lynn Ogletree.

Flowers will join a small group of Black women pilots, wherein only 4.4% of airline transport pilots are women and only 2.7% are Black, according to the U.S. Federal Aviation Administration.