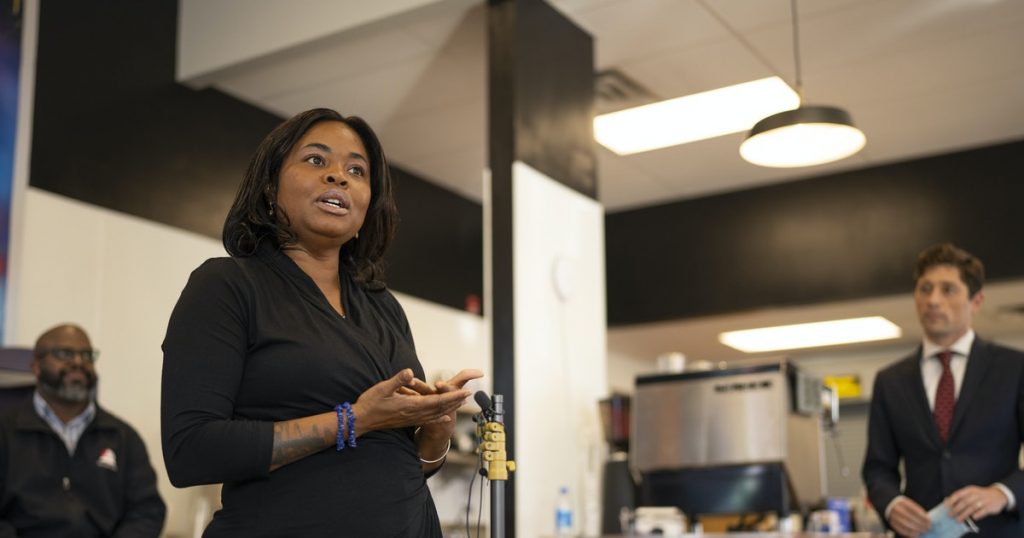 Minneapolis officials are celebrating the success of a two-year-old city fund that is helping business owners, particularly those of color, purchase commercial real estate in their communities.

The city’s commercial property development fund, launched in 2019, already has dealt out $4.5 million in loans to support nine projects in Minneapolis, Mayor Jacob Frey announced during a Sunday afternoon news conference at Breaking Bread Café on the city’s North Side. The no-interest, forgivable loans are meant to bridge wealth and ownership gaps and promote development in city cultural districts that have been identified as needing investment.

“What this commercial property development fund enables is not just that individual to own their own business, but to own the underlying real estate … so that when those values do go up … the same individuals will reap the benefit of that economic gain in value rather than being displaced from the place that they made wonderful to begin with,” Frey said.

The loans typically range from $400,000 to $800,000, or up to a third of a project’s total cost. The initial investment from the city has helped business owners secure the private financing needed to cover the rest.

“That $4.5 million has generated about $25 million in private investment,” Frey said.

One of the first loans was awarded to North Side resident Kenya McKnight Ahad, founder and CEO of the Black Women’s Wealth Alliance. She used that money and private funding to buy the building that houses Breaking Bread Café at 1200 W. Broadway Avenue. She previously rented space in the building for three years but had to move out in March 2020 because she could no longer afford it.

“A year and a half later, I come back and I’m the owner,” McKnight Ahad said.

North Side residents Calvin Littlejohn and Lester Royal, co-owners of TRI-Construction, said they used a city loan to buy a more than century-old building at 927 W. Broadway that had sat vacant for 20 years.

They are redeveloping it into an office space for multiple tenants and to house their headquarters.

“It is about how do we make sure that those of us who live here, work here, raise our families here have ownership in what’s taking place in our community,” Littlejohn said.

“This is what it looks like to empower your community.”

City loans also have been awarded to commercial projects on Lake Street, Nicollet Avenue and in other North Side neighborhoods, said Erik Hansen, Minneapolis’ director of economic policy and development.

More than 85 new projects are seeking aid from the commercial fund.

Twenty-one of those projects could be considered by the City Council for approval this year or next, officials said.

“For generations, our Black community has been intentionally excluded from wealth-generating opportunities and specifically ownership,” Frey said. “That is what we are trying to push back on right now.”