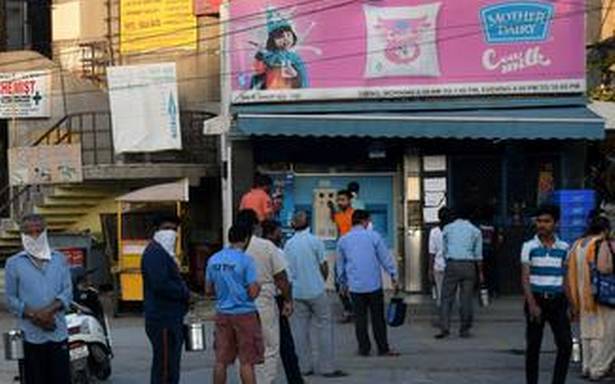 However, according to its latest RoC filing sourced from business intelligence platform Tofler, the company’s total revenues remained flat. Total revenues in FY 20-21 stood at ₹10,479.54 crore compared to ₹10,447.13 crore in FY 2019-20.

Mother Dairy, a wholly-owned subsidiary of National Dairy Development Board, has a strong presence in milk and milk-related products business. Under brand Safal, it also sells, fresh fruits and vegetables, frozen products, pulses and honey among other value-added products. It also has a footprint in the edible oils business under brand Dhara and is a key retailer in the Delhi-NCR region.

Key factors for the turnaround

Responding to emailed queries from BusinessLine, a company spokesperson said, “In the fiscal 2020-21, Mother Dairy attempted to recover its bottomline owing to two key factors. Firstly, the normalisation of raw milk procurement prices, which had earlier impacted our bottomline a year prior. Secondly, the company in view of the Covid situation, undertook a major cost optimisation drive across its value chain, hence recovering the losses of the previous fiscal.”

“The pandemic outbreak hampered certain supply channels such as institutional sales and also impacted the consumption of some categories including ice creams, thus impacting the top-line growth. However, with the situation at hand, we took all measures and supply assurances to sustain and maintain our top-line, resulting in a marginal shift vis-a-vis the previous fiscal,” the company spokesperson stated.

The FMCG company has aggressive plans to strengthen its presence across the country over the next few years. In an interaction with BusinessLine in June, Mother Dairy’s MD Manish Bandlish had stated that the company aims to double its revenues in the next 4-5 years.

Earlier this month, the company announced aggressive distribution expansion plans in the capital city. The company said it will add over 700 exclusive consumer touch points in the form of kiosks and franchise shops by March 2023, taking the total count to 2,300 outlets in New Delhi.