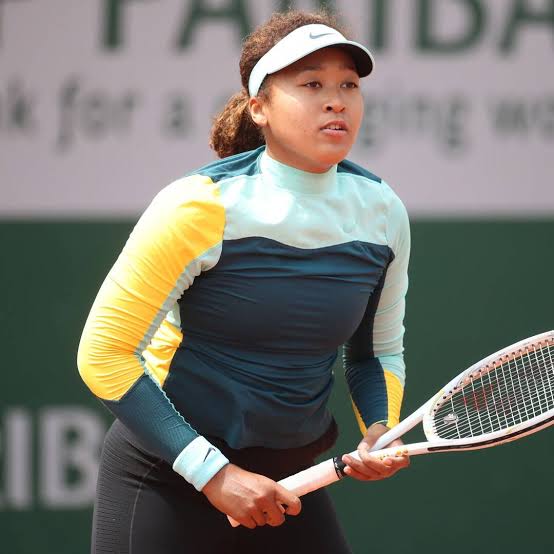 For the second year in a row, Naomi Osaka stays winning.

According to Forbes, the modern-day tennis legend has been ranked amongst the highest-paid athletes in the outlet’s annual list of the top 50 sports stars. Forbes said that they tabulated the results based on earnings from May 1, 2020, to May 1, 2021. Earnings include money made both on and off the court. On the court, salaries, bonuses, and prize money count toward the total — off the court, appearance fees, licensing income, endorsement deals, and equity stakes athletes have sold are considered.

But here’s where it gets interesting.

Naomi Osaka made No. 12 on the list of Forbes’ 50 Highest-Paid Athletes, while Serena Williams came in at No. 28. They are the only two women to make the list. In addition, Forbes had a separate report making it clear that Naomi Osaka’s overall career made her the highest-paid female athlete in history — and she smashed her own records from the previous year.

“The tennis star has made $60 million in 12 months—$55 million from endorsements—demolishing the earnings record for female athletes she set just last year with $37 million. That total places Osaka at No. 12 on the Forbes list of the world’s 50 highest-paid athletes, tied with Tiger Woods and well ahead of men’s tennis stars like Novak Djokovic and Rafael Nadal in a significant jump from last year’s No. 29 ranking,” they reported.

Additionally, the outlet confirmed that most top-ranking tennis players — Osaka included — made more money off the court than on it.

Let’s take a by-the-numbers approach to Osaka’s earnings. How does she measure up to other players?

Editorial note: The net worth listed here is a speculative estimate drawn from various online sources.

What Is Naomi Osaka’s Updated Net Worth?

In addition to this net worth placing Osaka at No. 12 on the world’s highest-paid athletes list, it places her at No. 90 on the Celebrity 100 list of 2020.

Of the $60.1 million that Naomi Osaka made, only $5.1 million of that was made on the court. The remaining $55 million was made in off-the-court earnings.

For purposes of comparison, Serena Williams — who was the third-highest earning tennis player — made $41.8 million in total salary. But of that number, only $1.8 million was made on the court.

This seems to suggest that tennis players make more money off the court than they do on it.

Like many other athletes, Naomi Osaka has entered into the field of non-fungible tokens (NFTs).

Late last month, she launched a collection of NFTs of her original artwork, with the proceeds benefitting mental health initiatives.

And just a few days ago, a press release announcement revealed that “the owner of the sixth and final Osaka NFT is putting the piece of digital artwork up for sale, hoping to capitalize on the favorable timing of the booming NFT market and the start of the U.S. Open tennis tournament this week in New York.”

Simone Biles, Tiger Woods, and Derek Jeter are also amongst the Black athletes who have joined the NFT revolution.

How Naomi Osaka Ranks Compared To Other Athletes Like Serena Williams

In summary of all these numerical findings, while Serena Williams has been in the game longer, Naomi Osaka has made more money.

However, even though these are the two top-paid female tennis athletes, their take-home pay pales in comparison to their male counterparts. And it goes without saying that these are the only two Black women to make the top-paid athletes’ list in any sport — and that alone should give everyone cause for pause.