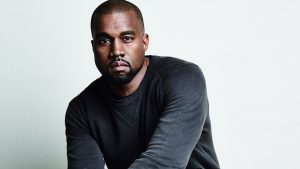 On the heels of a massive roll-out for Kanye West‘s tenth studio album Donda, Netflix has announced a new documentary with the release of a first look trailer.

The two-minute first look clip finds Ye and rapper Yasiin Bey, then known as Mos Def, rapping their verses from the 2004 track “Two Words,” one of many standout cuts from Kanye’s debut album The College Dropout. While not offering fans too much insight into what to expect from the new documentary, the trailer serves to solidify the type of unreleased archival footage that will be included in the film.

Though it’s unclear whether Kanye himself was involved in the making of Jeen-Yuhs, the film’s directors have been involved with the rapper and played a role in his success since the earliest days of his career. Known collectively as Coodie and Chike, Clarence “Coodie” Simmons and Chike Ozah worked with Ye on the video for his first single, “Through The Wire” in 2003.

They would collaborate again a year later to create one of three videos for the groundbreaking track, “Jesus Walk.” While the first two versions of the video found Kanye serving as a preacher or narrator while a rotating cast of actors played out a variety of scenes of strife and hopelessness; the black & white Coodie and Chike version quite literally found Kanye walking a day in Chicago with Jesus at his side.

Jeen-Yuhs, which is set to be presented as a multipart series, was acquired by Netflix in April for a reported $30 million, sources close to the project told Billboard at the time. Despite originally being slated for a 2021 release, Netflix did not disclose a premiere date along with the new trailer.