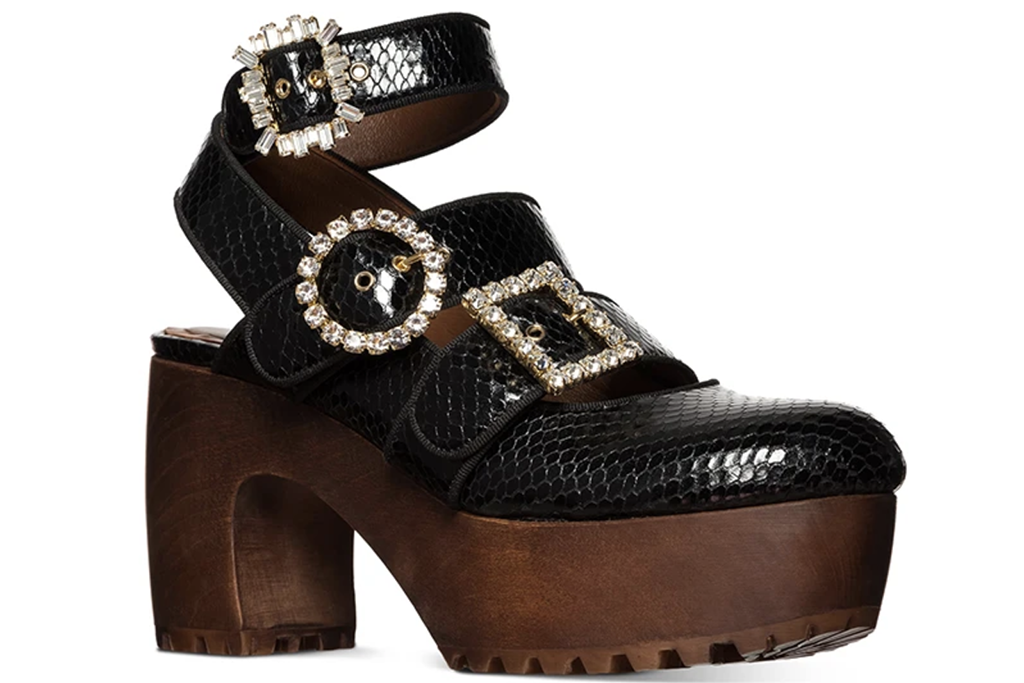 Last week, rising designer Autumn Adeigbo called out Jeffrey Campbell for knocking off her fall ’21 shoe design that had yet to hit stores. As part of her new collection, Adeigbo, a Black female entrepreneur, designed an ankle-strap clog that included her signature mixed-match crystal buckles. Then, a similar-looking style from Jeffrey Campbell was made available at retailers, including Nordstrom.

“For an established company like Jeffrey Campbell to knock off a still small, Black woman-owned brand, made their ‘commitment to Black lives and an equal future for all’ seem like lip service,” Adeigbo told Diet Prada. “They could have asked me for a collab. Why steal my design and ‘fast fashion’ it into stores before my own production run lands on shelves?”

After the situation came to light on Diet Prada’s Instagram, Nordstrom — which carries Adeigbo accessories — removed the product.

“When we learned about this situation, we immediately returned any remaining product. We have reached out to Autumn directly,” a Nordstrom spokesperson told FN. “We respect independent creativity and are committed to fostering a diverse and inclusive retail experience.”

Adeigbo also said Jeffrey Campbell reached out to begin a conversation while pulling the style from stores.

“This isn’t about me and this isn’t about my brand. It’s about the injustice of highly creative Black designers and business owners being stolen from especially from companies who have pledged to create a more equal playing ground during BLM when it was ‘popular’ to do so,” she wrote on Instagram on Monday.

“As a designer I know all too well it may not be the brand’s intention to knock off another brand. All it takes is one ‘bad apple’ on the design team to sneak in a design that’s not original while the rest of the team is unaware,” Adeigbo continued in her post. “I want to put that on everyone’s radar and offer Jeffrey Campbell that grace. In fashion we all tend to borrow from each other. That’s where ‘trends’ come from. To deny that fact would simply be untrue. I am open to learning, talking about this and growing through it.”

Adeigbo, who founded her namesake label in 2016, is known for her eco-friendly bright  color dresses and ensembles. The rising designer has caught the eye of fashion powerhouses such as Tommy Hilfiger and Tory Burch. (In 2019, she was named a Tory Burch fellow at the Tory Burch Foundation.) Other celebrity fans include Mindy Kaling, Gabrielle Union, Kerry Washington and Busy Philipps. The latter commented on the situation on Adeigbo’s Instagram, writing: “F—k yes. I somehow missed the drama but I am eagerly awaiting my pair.”

Subsequently, the designer’s shoes sold out in one day and the brand garnered the highest day of one-day sales this year, Adeigbo said.