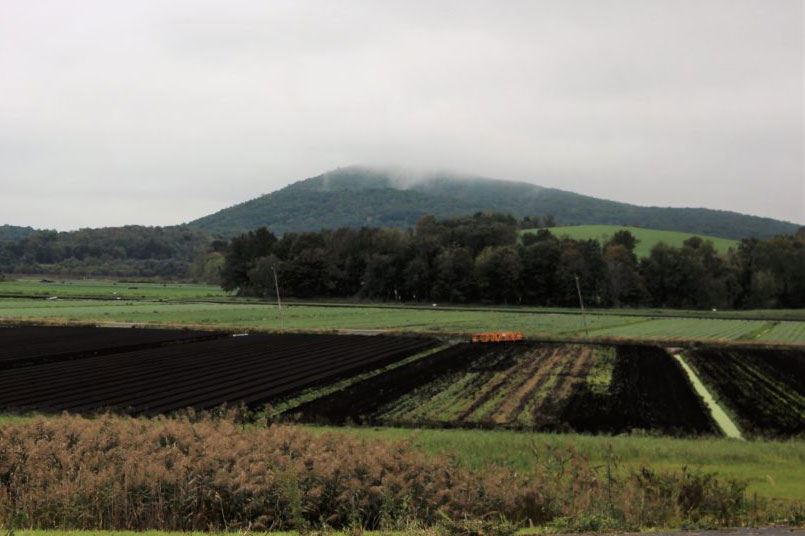 As New York attempts to legislate the growing, cultivation, production and distribution of cannabis, some farmers in the Black Dirt region have shied away from planting another formerly forbidden product: hemp.

Chris Pawelski, a fourth-generation farmer in Pine Island, says some of his Black Dirt cohorts bought into promises of a high return on hemp. “It’s been hit and miss, and for most in this area, it was a miss,” said Pawelski.

Those who jumped on the hemp bandwagon in 2019 soon realized spending an average of $12,500 an acre to grow the product was not tenable. 2019 was also the last year Pawelski planted onions, the crop his farm has relied on for decades.

Pawelski’s still farming, but these days he’s focused on “farm-to-table” crops: lettuce, tomatoes, beets, kale, cucumbers, sweet corn and a variety of herbs on part of the family’s 90-acre farm. The remainder of his Black Dirt land is rented out to other farmers.

Along with his wife Eve, Pawelski started a new business: The Ornery Onion, a nod to the Black Dirt region that has sustained the family since Pawelski’s great-grandfather immigrated from Poland to Pine Island in 1903.

“We both enjoy the marketing and merchandising and we’re seeing the fruits of our labors as we grow a different customer base,” said Pawelski with a wry smile.

The Black Dirt farmer has been a staunch grassroots public policy advocate and farming spokesperson in Albany and Washington, D.C. “Our small and mid-sized farmers are struggling,” he said. “The North American Free Trade Agreement (NAFTA) hasn’t worked out for us.

“Just as an example,” he continued, “Canadian crops from Ontario are selling down in Miami, but crops from Pine Island are only making it to provinces on Ontario’s perimeter. It’s expensive and tedious to file a trade complaint because you can only list one item — i.e., onions — even if it’s not just onion prices that are affected.

“It’s a convoluted process that has cost at least one grower I know over $1 million — and he lost,” he added. “I haven’t met a farmer yet that can afford to lose money.”

The current battle in D.C. to get the $3.5 trillion reconciliation bill passed has Pawelski watching closely, since a portion of it includes debt forgiveness for farmers whose gross income is less than $300,000.

“It would be a godsend for our small and medium-sized farms,” he said. “More than 60,000 of them would benefit.”

Previous legislation that was tailored specifically to help Black-owned farms has been tangled in litigation, since farmers of other colors felt it was discriminatory.

Pawelski, who taught at his alma mater, the University of Iowa, and locally at Orange Community College, would like to get back in the classroom.

“With my desire to teach, along with sharing what I know in terms of policy development and implementation, I’ve developed some potential courses that could benefit students who are focused on that aspect of our industry,” he said. “I’ve gotten several speaking engagements but I’d love to share what I’ve learned with Ag students. They’re our future.”