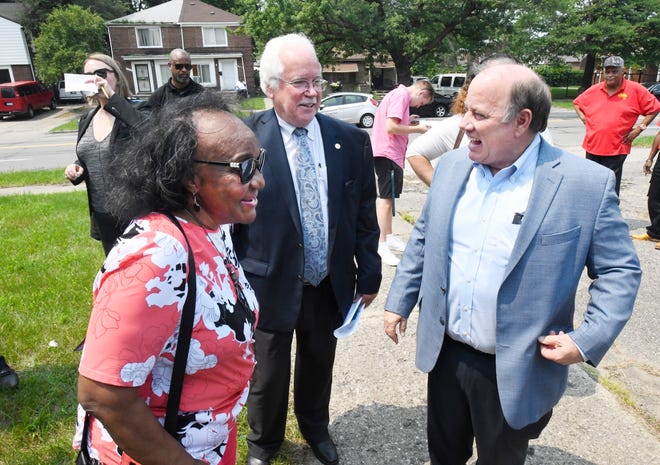 Michigan’s only historically black college and university is slated to be resurrected early next year after being closed in 2013, according to a Tuesday announcement.

D’Wayne Edwards, founder of the PENSOLE Design Academy in Portland, Oregon, is behind the draft proposal for state authorization to recognize the former Lewis College of Business as Michigan’s only HBCU.

If approved, the new school will be known as the PENSOLE Lewis College of Business and Design and would be the nation’s only HBCU to be reopened after closing, according to the statement.

“The Lewis College of Business was first created in 1928 as a secretarial school for Black women,” said Edwards, who is a controlling stockholder of the previously closed Detroit-based HBCU. “After relocating to Detroit in 1939, it became a critical source of economic impact for the city’s Black community. GM, Ford and Michigan Bell hired their first Black office employees from the school. Eighty-two years later, and 14 years since it lost its accreditation as an HBCU, I am honored to be resurrecting Violet T. Lewis’s legacy in Detroit.”

“As a predominantly Black city, Detroit should have an operating Historically Black College. Not having one has been a hole in our educational landscape for too long,” Duggan said in a statement. “To have the first HBCU anywhere to reopen happen in Detroit would be a tremendous demonstration of how our city is coming back as a city of opportunity for people of color.”

The proposal is for the school to open in March 2022 in partnership with the College for Creative Studies. PLC would serve aspiring Black creatives, designers, engineers and business leaders.

Jennifer Gilbert said in a news release that she knew “this historic institution will once again cultivate a diverse talent pipeline and further cement Detroit’s legacy of innovation.”

The Lewis College of Business was founded in Indianapolis in 1928 by Violet T. Lewis, who opened a campus in Detroit in 1939 and eventually closed the Indiana school to focus on the Michigan one. Lewis, who was also one of the two founders of Gamma Phi Delta Sorority Inc., graduated from the secretarial program at Wilberforce University in Ohio, which led to a job at Selma University in Alabama.

There, she taught classes on stenography in the university’s business department. She eventually moved to Indianapolis to be closer to family, but she wanted to create a place where students, particularly Black women, could get a high quality business education.

The school started as a nine-month stenographic school. Under Lewis’ leadership, it eventually became an accredited junior college and served as a pipeline for students to find jobs working for auto companies.

There are about 100 HBCUs across the nation, said Robert Palmer, a Howard University professor and chair of the Department of Educational Leadership and Policy Studies.

Michigan has only been home to one.

“They were created out of a system of segregation,” said Palmer, whose research examines access, equity, retention, persistence, of students of color, particularly among HBCUs.

HBCUs make up 3% of all institutions in higher education, but Palmer said they “are more relevant today more than ever.”

In addition, more colleges and universities are becoming more racially and ethnically diverse, but often students of color have to adapt to the White culture, leave parts of themselves behind and even after that face racism, he said.

HBCUs create culture and curriculum that is relevant to African American students, he said. The faculty and staff look like the student population, and serve as mentors and role models, Palmer said.

“On campus of HBCU, it’s the whole village —  from peers to faculty to administrators — that are working collectively to support and maximize the potential of students,” Palmer said. “When you feel like you belong, you are much more engaged with other students, attend class, spend time on campus and that translates into retention and higher graduation rates.”

The revived Detroit college will be located at the Center for Creative Studies’ A. Alfred Taubman Center for Design Education on Milwaukee Avenue in Detroit before a permanent location is developed. Enrollment for the new school is expected to start in December.