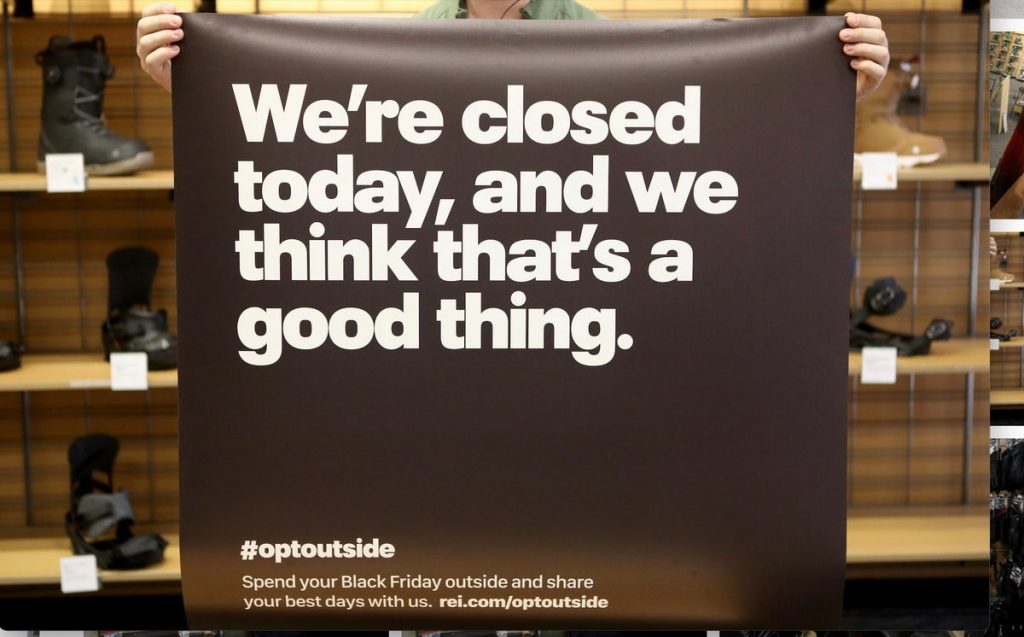 REI Co-op might be coming off a tepid sales year due to store closures last spring when Covid-19 struck, but the company has no intention of stopping its tradition of asking consumers and employees to spend time outside on the busiest shopping day of the year rather than spend money on holiday gifts.

The Seattle-based outdoor retailer last week announced that it will again close its more than 170 locations—including stores, activity centers, distribution centers, call centers, and headquarters—on Thanksgiving and Black Friday (Nov. 25 and 26) for its annual #OptOutside campaign. It will mark the seventh year in a row that the co-op forgoes profits and sales on the busiest shopping day of the year, but still pays its more than 15,000 employees.

“As the last year and a half has continued to challenge us all, #OptOutside is a reminder of the importance of community and time outside,” said REI CEO Eric Artz. “What started as a special moment for employees has become a movement for the co-op community to come together and prioritize action on the things that matter most.”

REI began encouraging customers and employees to “opt outside” on Black Friday in 2015, part of its “desire to inspire REI employees, its 20 million members nationwide, and broader society to celebrate the power of time outside and reject the mass consumption and stress that comes with Black Friday,” the co-op said in a release.

The decision to once again close on Thanksgiving and Black Friday aligns with REI’s new Cooperative Action Fund, a 501(c)3 charity whose grant-making efforts will support “nonprofit organizations promoting justice, equity and belonging in the outdoors.”

REI is launching the fund with $1 million to support 19 nonprofits. As contributions roll in over time, the fund will “scale [that] investment accordingly.” And, the co-op added last week, “Through #OptOutside, REI will be highlighting the fund’s inaugural set of grantees and inspiring the broader community to participate.”