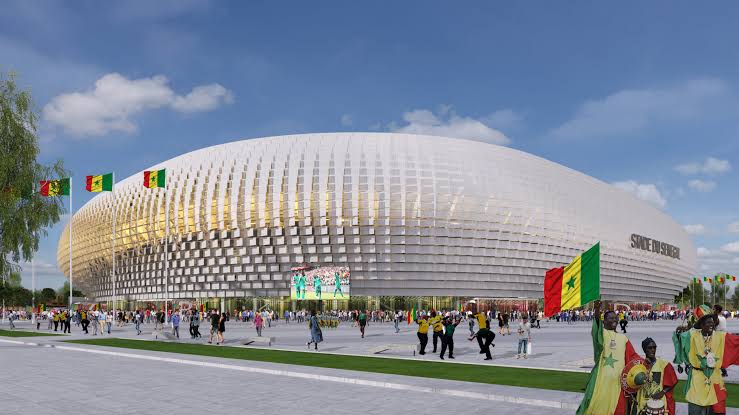 In February 2020, the government of Senegal commenced the construction of a new 50,000-capacity Olympic Stadium and is now set to open February 2022. During the launching of the project, Senegalese President Macky Sall told the public that the Stadium is destined to stage events at the upcoming Youth Olympic Games.

The stadium is located in Senegal’s newest city called Diamniadio (pronounced as Jam-nya-jo) and it cost a total of $258 million. “This future temple of sport will contribute towards making this city of Diamniadio an African and a global reference-point,” Mamadou Njai, President of Senegalese National Olympic Committee stated.

The Stade Olympique de Diamniadio will include 3,250 parking spaces, a mini athletics stadium with 2000 seats and training pitches. The exterior of the arena will have 10,000 square meters of green areas.

Earlier this year, The International Olympic Committee unanimously voted for Senegal to host the first ever Olympic(youth) games in Africa. ” It is time for Africa. Africa is the home of many successful and prominent Olympics athletes.And being a continent of youth, it is only proper to have it host the Olympic ,” said President of the International Olympic Committee..