The Media Must Play A Critical Role in Election Management -Dr. Ibn Chambers 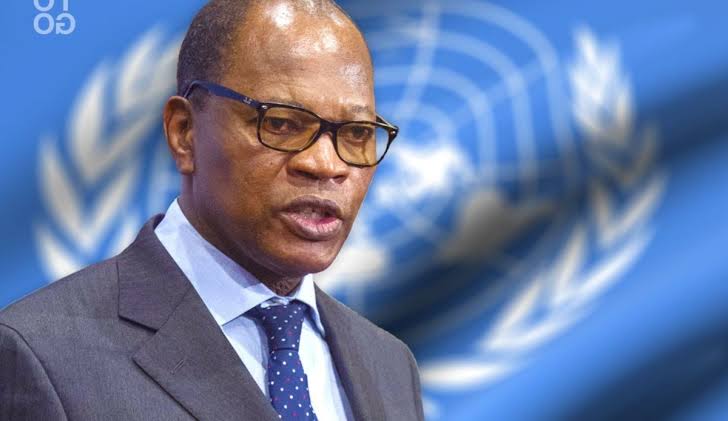 His Excellency  Dr. Mohamed Ibn Chambers, former United Nations Special  Representative of the  Secretary-General for West Africa and the Sahel and Head of the UN Office for West Africa and the Sahel
(UNOWAS)   has in an introductory presentation on the theme, “Two
Decades of Democratic Elections in the ECOWAS Members States:
Achievements, Challenges and the Way Forward, “ moderated by the Rt.
Hon. Speaker of the ECOWAS  Parliament  just after the opening ceremony  of the Fifth Legislature’s   seminar    holding in Winneba,
Ghana from 13th-16th October 2021 said that “with the advent of social
media coupled with the ever-increasing elements of unethical media
practice, the media, considered mostly as the fourth organ of the state, must play a critical role in election management.”

He said: “The issue of hate speech, misinformation and disinformation
and how they are transmitted and consumed and the role of the media is
indeed raising the questions around election credibility and peaceful
election.”

“One of the issues of unethical media reporting is the problem of
objectivity and how each media contributes to leveling the playing field for all actors,” H.E. Chambers said, adding that, “ Long before election results are declared by the election management body, media
houses are in a race to call the elections, sometimes just to be the first to break the news.”

H.E. Chamber said that  whilst some of the media houses have personnel iin the coalition centers at the regional and even district levels, “most media houses dwell on unverified social media portals for news.”

He said that: “ The media also enhanced collaboration and tapped into the expertise of CSOs, experts, academia and some state institutions. But the media must take some responsibility.  Indeed, 56.2% of West
Africans sampled think that the government should have the right to prevent the media from publishing things that it considers harmful to society. This means that the people recognize the important role the
media plays in a democratic dispensation. However, once given a blank
cheque, the media can abuse it.”

He said, generally, in west Africa, there is the lack of enforcement of media/journalistic standards, and appropriate authority to empower regulatory bodies to sanction the breach of standards as well as the
incidence of abusive language in the media, the threat of fake news and misinformation, media bias (particularly by politically-aligned
media houses and the overall impact on the media’s role in elections.

“It is therefore imperative that whilst the media should be prominent in the discourse, they must respect the ethics of their profession,” H.E Chambers said.