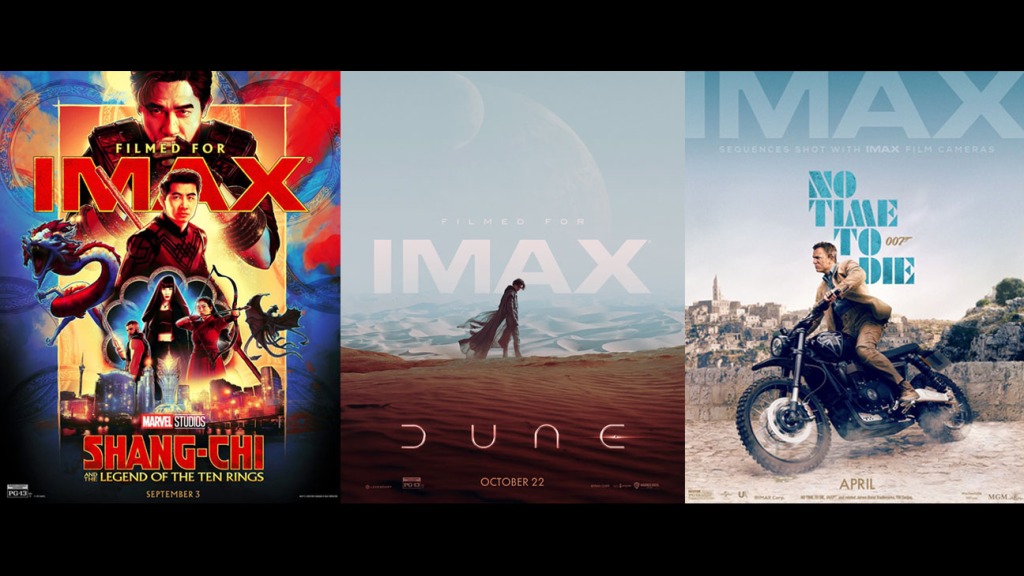 After the theatrical movie industry endured what Imax CEO Richard Gelfond called an “enormous stress test” during the COVID-19 era, the giant-screen exhibitor aims to move back into the black.

October was kind to Imax: 22.5 percent of Dune’s $41 million domestic weekend debut and 12.5 percent of No Time to Die’s $55 million opening bow came from its theaters. And, on Oct. 28, the company disclosed its best quarter since theater shutdowns hit in March 2020, with revenue at $56.6 million, a 52 percent increase from a year ago, and losses cut to $8.4 million.

MKM Partners analyst Eric Handler — who has Imax as a “buy” at a $25 price target — wrote in his post-earnings take that he’s “increasingly optimistic” about Imax given its large global footprint, including China. Imax’s network of 1,580 screens includes 362 in the U.S. and 752 in China, where the exhibitor has capitalized on such local-language hits as The Battle of Lake Changjin, which grossed more than $780 million in the country. (The top grossing film domestically in 2021 is Marvel’s Shang-Chi and the Legend of the Ten Rings at $222.7 million.)

“Imax has been perfectly positioned throughout the recovery of movie theaters,” says Comscore’s Paul Dergarabedian, noting demand for “unique” larger-screen presentations of films like Legendary and Warner Bros.’ Dune, which released day-and-date in theaters and on HBO Max, “has proven to be a bonanza for the company and has driven theater revenue around the globe.”

In October, North American box office hit $637 million, the highest monthly total since the pandemic began, above the previous high of $583 million in July, Dergarabedian adds. (Another bellwether of the box office recovery: AMC Theatres, the country’s largest theater chain, which will disclose earnings Nov. 8 — said that admission revenues for its U.S. locations saw their highest monthly total in October since Feb. 2020, weeks before the COVID-19 shutdown.)

And, in 2022, studio deals for 45-day exclusive theatrical windows might also help Imax. B. Riley Securities’ Eric Wold — who lists the company with a “buy” rating at a $30 price target — wrote in his post-earnings take: “With the shorter period of time for studios to ‘eventize’ a film, they could increasingly turn to Imax to drive attention — and management is already seeing that with the surge in demand for Imax slots in 2022.”

“As the driver of increased Asia Pacific market share is, once again, entirely China, this should continue to be good news for Imax as we finish out 2021,” notes Gower Street’s Rob Mitchell of the raised forecast. “Following the recent announcement of Imax’s record year for non-English films, which is largely built on Chinese titles and local engagement with premium formats, increasing revenues in China, estimated to represent over a third of global box office for the first time in 2021, benefit Imax” over exhibitors without as big of a foothold in the country.

For the rest of 2021, Imax chief Gelfond singled out Marvel’s Eternals, Sony’s Ghostbusters sequel, Sony’s Spider-Man: No Way Home and Warner Bros.’ The Matrix: Resurrections as films that could help power the big screen exhibitor to close out the year.

This story first appeared in the Nov. 3 issue of The Hollywood Reporter magazine. Click here to subscribe.