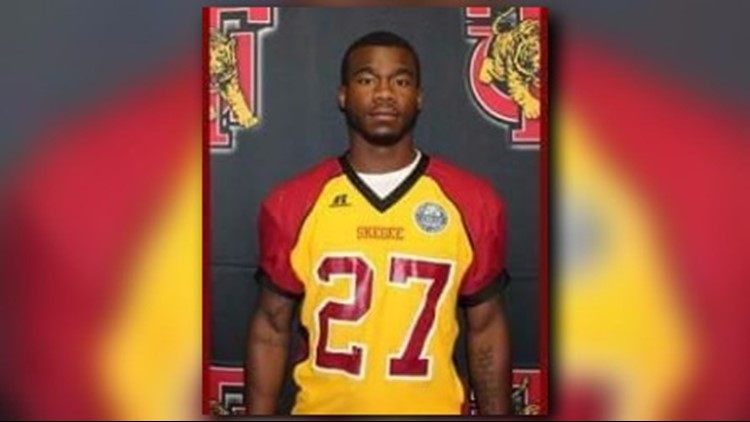 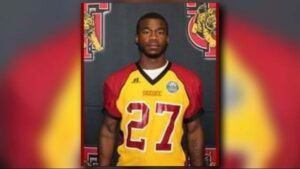 Back in 2016, two police officers shot a man a total of 76 times, killing him during a police raid at the victim’s girlfriend’s apartment in Georgia.

On Tuesday, a grand jury in Fulton County indicted those two police officers in the 2016 death of Jamarion Robinson.

According to The AJC.com, Eric A. Heinze, the Assistant Chief Inspector with the U.S. Marshals Southeast Regional Fugitive Task Force, and Kristopher L. Hutchens, a Clayton County police officer who was working as a task force officer with the U.S. Marshals Service at the time of the tragic incident, were charged with two counts of felony murder for the death of Robinson.

The two law enforcement officials were also each indicted on six other counts: aggravated assault, burglary, and two counts each of making false statements and violation of oath by a public officer.

The Associated Press reported that based on a medical examiner’s report, the 26-year-old Robinson had been shot 76 times by police on Aug. 5, 2016, when officers tried to enter an apartment he was in. They apparently went to the apartment as they believed Robinson had previously pointed a gun at Atlanta police officers and fled the scene.

Robinson’s family had stated previously that their son, who suffered from mental illness, was at his girlfriend’s house at the time of the incident when 16 police officers broke down the door.

“Over 90 rounds were fired at my son, flash-bang grenades were thrown at him, landed on him burning him. Somebody walked up the stairs, stood over him, and shot down into his body two more times. After that he was handcuffed and drug down a flight of stairs,” Monteria Robinson remarked at a news conference in June 2020.

An attorney who is close to the Robinson family, Gerald Griggs, said the family celebrated the decision, something they have been waiting to do for five years.

Paul Howard, who was previously the Fulton County district attorney at the time of the incident had said the investigation into the matter was blocked by police officers’ unwillingness to cooperate. But after Howard lost his position to the current district attorney, Fani Willis, the new prosecutor got results.