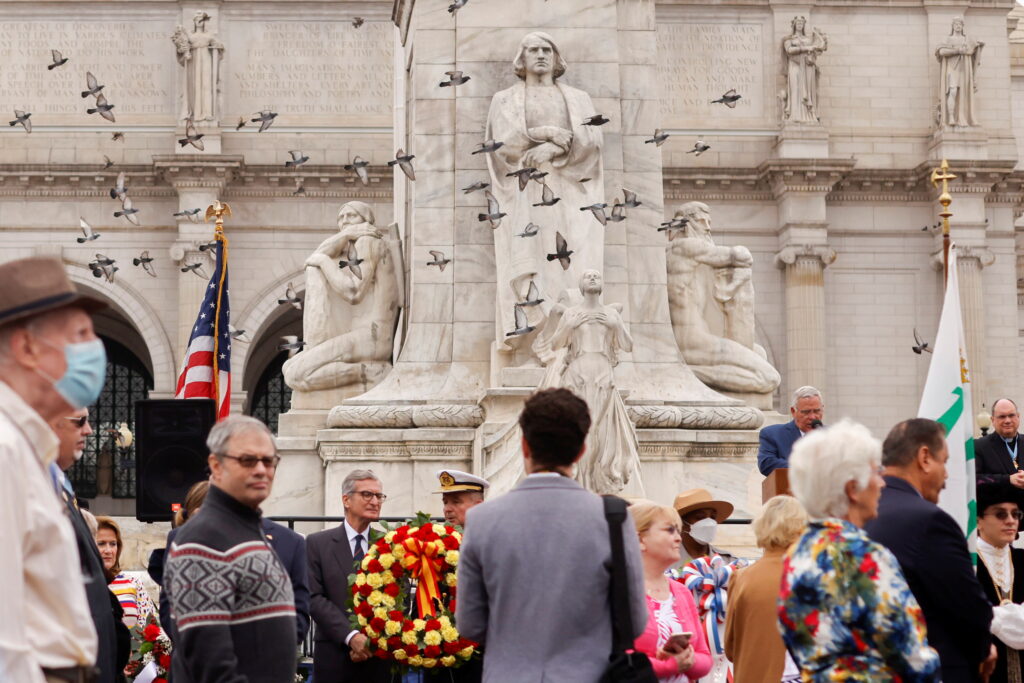 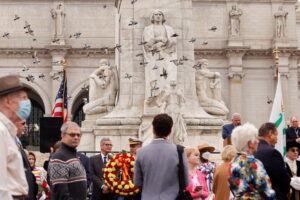 Reuters – Christopher Columbus Day drew crowds on Monday with U.S. city parades marking the explorer’s voyage and Italian-American culture, as the focus increasingly turned to the heritage and plight of indigenous people subjugated by European settlers.

In New York City, crowds gathered along Fifth Avenue to watch traditionally the nation’s largest Columbus Day parade, which was canceled last year due to the pandemic.

Despite the cool, dry weather, the turnout seemed smaller than before. In 2019, the event, which features bands, politicians and marchers from Italian-American groups, drew about 1 million spectators, organizers said.

“I love it. Missed it last year,” Alphonse Vecchione, a resident of New York’s Queens borough. “We love our Italian heritage.”

Columbus Day parades were also held in Chicago and Cleveland. But a growing number of cities, including Los Angeles, San Francisco, Denver and Portland, Oregon, have replaced Columbus Day with – or added – a holiday honoring indigenous people. States from Alaska and Hawaii to Wisconsin and Vermont have done the same.

Beginning in 1492, Columbus led three voyages across the Atlantic to the Caribbean in service of the Spanish throne. Many indigenous peoples encountered by the Europeans were enslaved or died of diseases introduced by the newcomers.

“We must never forget the centuries-long campaign of violence, displacement, assimilation, and terror wrought upon Native communities and Tribal Nations throughout our country,” Biden wrote last week in a proclamation recognizing Indigenous Peoples’ Day.

A few dozen people, many in traditional Native American garments, gathered at sunrise on Monday on New York City’s Randall’s Island and waded into the waters of the East River to mark the day.

“The only reason we celebrate Indigenous Peoples’ Day today is because it is Columbus Day,” said Cliff Matias, one of the event’s organizers. “We celebrate the survival of indigenous people despite Columbus.”

The White House on Monday issued an executive order to help strengthen tribal colleges and universities and boost economic and educational opportunities for indigenous people.

“For more than a century, the United States imposed educational policies designed to assimilate Native peoples into predominant United States culture that devastated Native American students and their families,” the order said.

The order creates a government initiative chaired by three of Biden’s cabinet members to focus on improving the education system for Native Americans.