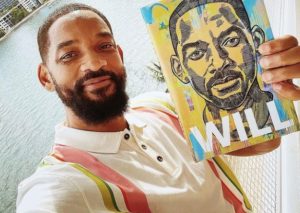 As he readies the release of his memoir Will and the Richard Williams biopic King Richard – both due out in November – Will Smith sat down with GQ for a cover feature that may be his most honest interview to date.

Fully committing to his “F—- it 50s,” a concept he says he got from Denzel Washington, Smith opens up about a range of poignant, honest and sometimes shocking topics – from how his father’s abuse of his mother drove him to comedy, to how he once dreamed of traveling with a harem that would include Halle Berry and Misty Copeland.

As Smith broaches the topic of how last summer’s Black Lives Matter protests made it easier for him to get a greenlight for his upcoming film Emancipation, he frames Hollywood’s recent push for inclusivity as a rebranding opportunity for African Americans, a chance “for us to change our marketing for the new position we’re in.”

“I just want to encourage Black Americans to take the acknowledgment and seize upon the present global opportunities,” he tells writer Wesley Lowery.

“I would just like us to argue less about certain things and pay attention to the big ripe fruit. So ‘Abolish the police. Defund the police.’ I would love if we would just say ‘Defund the bad police.’ It’s almost like I want, as Black Americans, for us to change our marketing for the new position we’re in. So ‘critical race theory,’ just call it ‘truth theory. The pendulum is swinging in our direction beautifully.

From a standpoint of getting it done, Black Lives Matter gets it done. ‘Defund the police’ doesn’t get it done, no matter how good the ideas are. I’m not saying we shouldn’t defund the police. I’m saying, just don’t say that, because then people who would help you won’t.”

What readers won’t find in the pages of Will are any names or intimate specifics about that period of time when Smith and his wife Jada Pinkett Smith were considered their marriage an open relationship. While Smith confirms in the interview that Jada was not the only one with “entanglements” outside of their marriage, he chose not to go into any further details than what was already revealed after last summer’s infamous Red Table Talk interview.

This decision was made partly out of respect for all of the other people involved and he says the public has already made up their mind about what the Smiths’ relationship looks like on the inside.

“The public has a narrative that is impenetrable,” he explains. “Once the public decides something, it’s difficult to impossible to dislodge the pictures and ideas and perceptions.”