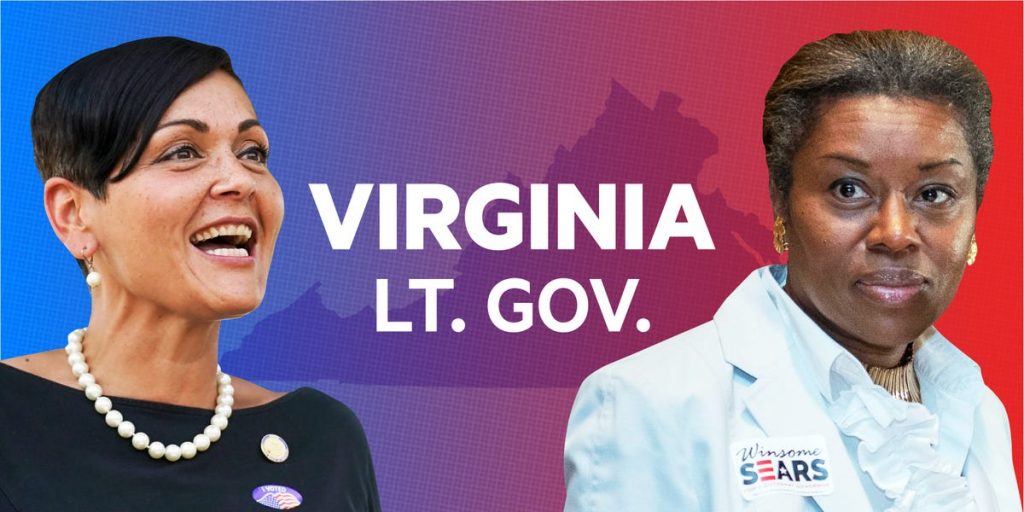 Sears, made history as the first Black Republican woman elected to the House in 2002 after she ousted the 20-year Democratic incumbent of Virginia’s 90th District, William Robinson. A Jamaican immigrant, she also became the first naturalized US citizen to serve in the House. She is also the first woman of color to be elected to statewide office in Virginia, where politics have historically been dominated by white men.

In 2004, Sears unsuccessfully challenged longtime Democratic Rep. Bobby Scott of Virginia’s 3rd Congressional District. She took another run at federal office in 2018 as a write-in alternative to Republican senatorial candidate Corey Stewart, but lost that race.

Sears is a former US Marine, former vice president of the Virginia State Board of Education, and a former director of a women’s homeless shelter. Her campaign sought to create more jobs, lower taxes, and also strengthen the state’s schools.

Ayala, for her part, ran to address access to affordable healthcare, to help workers and small businesses in their COVID-19 economic recovery, and to strengthen Virginia’s education system.

A native Virginian, Ayala identifies as Afro-Latina, with roots in North Africa, El Salvador, Lebanon, and Ireland. She’s been involved in politics through various stints: as a volunteer for then-President Barack Obama’s 2012 reelection campaign, an organizer of the first Women’s March in Washington, DC, and an appointee on former Virginia Gov. Terry McAuliffe’s Council of Women. Before entering politics, she was a longtime cybersecurity specialist at the Department of Homeland Security.

Ayala ran for Virginia’s 51st House District in Prince William County in 2017 and defeated Rich Anderson, a four-term incumbent Republican. She became one of the first two Hispanic women elected to the House. In December 2020, she launched her bid for lieutenant governor, announcing that she would not seek reelection for her House seat.

These three statewide races posed the most significant electoral test yet of the Democratic Party’s strength in the commonwealth since President Joe Biden took office in January.

And while the lieutenant governor’s election has gotten far less attention than the gubernatorial race, the results will set the tone in Virginia politics for years to come.

As Mark Rozell, dean of the Schar School of Policy and Government at George Mason University, recently wrote in The Washington Post: “The winner is a potential tiebreaking vote on critical policy issues, next in the line of succession to lead the commonwealth and very often a future gubernatorial nominee.”