Zanzibarian Novelist Who Won Nobel Prize 35yrs After Wole Soyinka Said “He Thought It Was A Prank….” 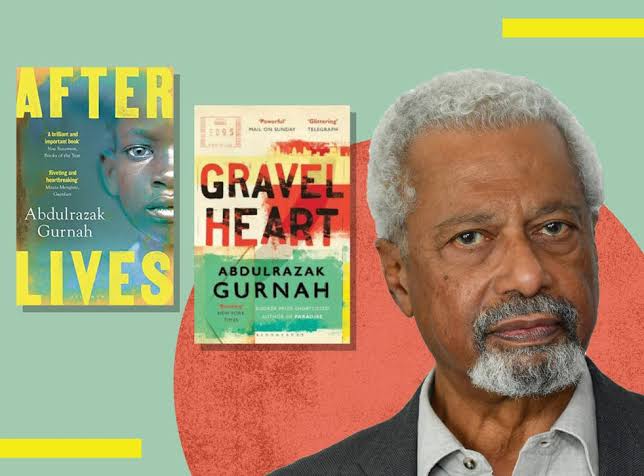 Zanzibarian Novelist Abdulrazak Gurnah won the 2021 Nobel Prize in literature, becoming the first Black writer in 25 years to win the award, The Guardian reports. Gurnah was born on the island of Zanzibar in 1948 and fled persecution during the revolution in 1964 when he was 18. He began his career as a writer as a 21-year-old refugee in England. His first novel, Memory of Departure, was published in 1987 in English, which was a departure from Gurnah’s first language, Swahili.

Since then, he has published ten novels and several short stories. Much of his work has brought attention to the richness of East Africa and the impact of colonialism and imperialistic attitudes that lead to the stereotyping of his native country.

“[Gurnah] has consistently and with great compassion penetrated the effects of colonialism in East Africa, and its effects on the lives of uprooted and migrating individuals,” Anders Olsson, chair of the Nobel committee, told journalists.

Now, Gurnah has won the Nobel prize in literature, becoming the first African writer to win since Nigerian writer Wole Soyinka in 1986 and the first Black writer to hold the title since Toni Morrison’s win in 1993.

Soyinka told the Associated Press that Gurnah’s win is proof “the Arts — and literature in particular — are well and thriving, a sturdy flag waved above depressing actualities” in “a continent in permanent travail.”
“May the tribe increase,” he added excitedly.

Gurnah said when he was informed he had won, he thought it was a joke.

“I thought it was a prank. These things are usually floated for weeks beforehand, or sometimes months beforehand, about who are the runners, so it was not something that was in my mind at all. I was just thinking, I wonder who’ll get it? I am honored to be awarded this prize and to join the writers who have preceded me on this list. It is overwhelming, and I am so proud,” he said.

Gurnah’s longtime editor, Alexandra Pringle at Bloomsbury, said the win was more than deserved for a brilliant writer who has been largely overlooked.

“He is one of the greatest living African writers, and no one has ever taken any notice of him, and it’s just killed me. I did a podcast last week, and in it, I said that he was one of the people that has been just ignored. And now this has happened…His writing is particularly beautiful and grave and also humorous and kind and sensitive. He’s an extraordinary writer writing about really important things,” Pringle said.

His work has common themes and tells the never-ending story of those whose narratives have been unheard. In his most recent novel, Afterlives, published last year, Gurnah tells the tale of Ilyas, a boy stolen from his parents by German colonial troops when he was young, returning to his village after years of fighting in a war against his people.

“In Gurnah’s literary universe, everything is shifting – memories, names, identities. This is probably because his project cannot reach completion in any definitive sense. An unending exploration driven by intellectual passion is present in all his books, and equally prominent now, in Afterlives, as when he began writing as a 21-year-old refugee,” Olsson said.

The Nobel prize in literature has been awarded 118 times since 1901. Only four winners have been Black; Nigerian playwright Wole Soyinka in 1986, Saint Lucian poet Derek Walcott in 1992, American literary icon Toni Morrison in 1993, and now Gurnah. The prestigious award comes with a gold medal and 10 million Swedish kronor – over $1.14 million.

Congratulations, Abdulrazak! Because of you, we can.